'Free from the distraction of women'.. 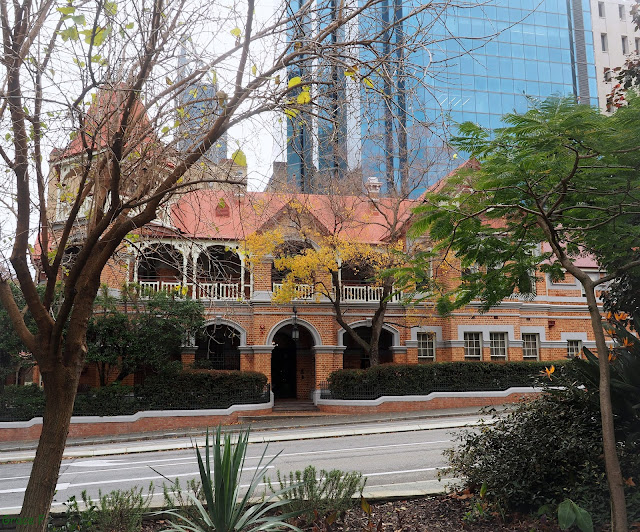 I smile each time I catch a glimpse of the gorgeous heritage listed Weld Club, 'the gentleman's club on the Esplanade was created to bring a slice of London life to the small colonial outpost of Perth. built in 1892'. Described as a place for men 'to rub shoulders with the colony's leading men free from the distraction of women and rowdy children' . I believe women are permitted now 'if they are accompanied by a member or an honorary member'. I could have so much fun with the last two italicized sentences but I'd better behave myself :) Part of me feels I should be highly affronted by the presence of this last male bastion but most of me finds it unexpectedly hilarious :) Happy Thursday, take care and stay safe.. P.s. Is there still a Men Only club in your city?