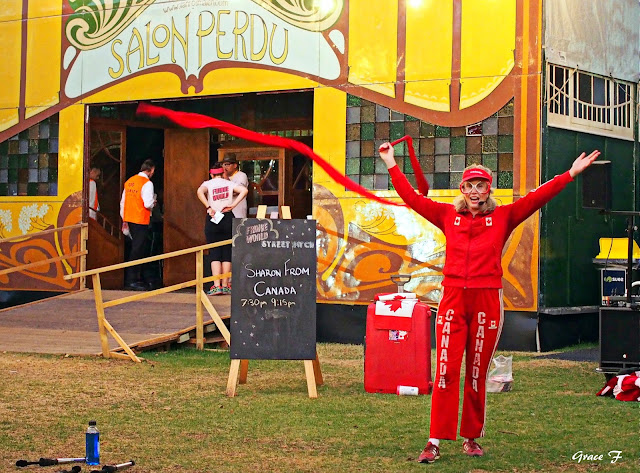 'Polite, patriotic, politically correct and extremely passive aggressive'.. that's Sharon from Canada. In the city for Fringe World on Wednesday evening we were pulled in by the loud, confident, funny and altogether charming Canadian accent! It was a small crowd to start with but as with all successful comedians timing is everything and as the audience poured out after the show in Salon Perdu she was ready and waiting to draw them into the fold :) 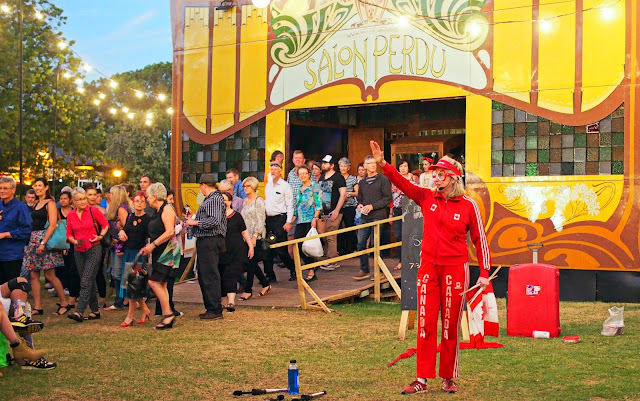 Choosing four men from the audience.. and very nice picks they were :) she began the transformation from 'Sharon go Canada'.. 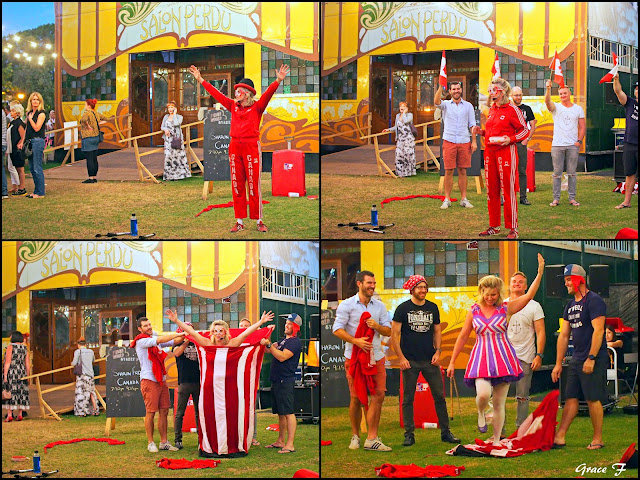 To sexy Tallulah juggling fire sticks atop the shoulders of her hunky helper! You will have to pull the shots in a bit to see the expressions on the faces of her 'volunteers'.. priceless, but they were all really good sports and followed orders enthusiastically. I have so much admiration for stand-up comics, especially as in this case Sharon from Canada didn't have a ticketed audience, it was her wit and determination that drew in the crowds and their donations that paid her way. I'm darn sure I couldn't do it, what about you?  Happy Friday, take care and stay safe... 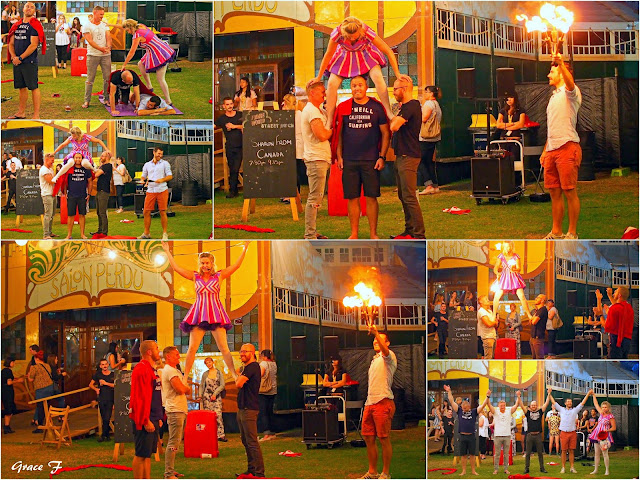 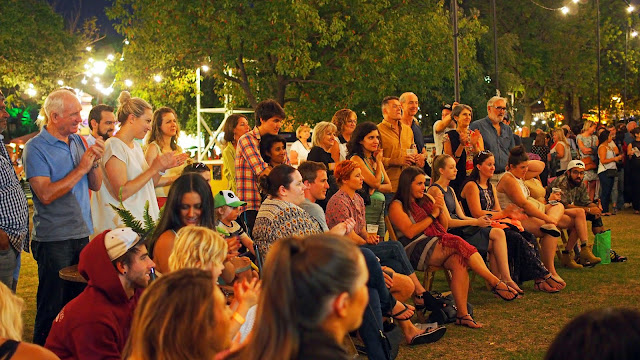