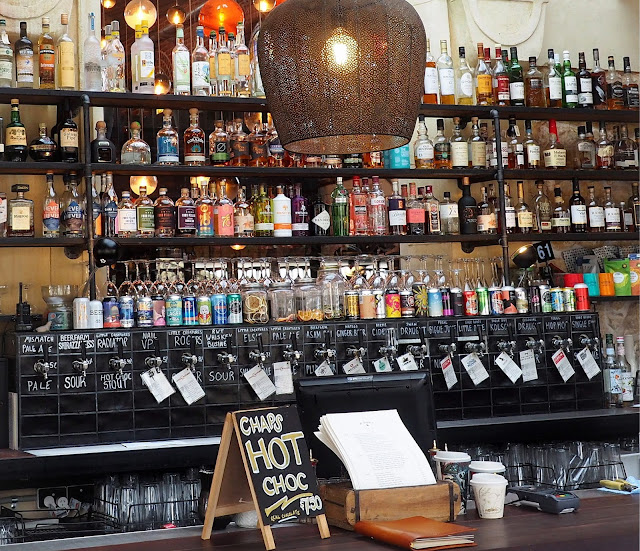 We had lunch at Mr Chapple yesterday, just one of four eateries/drinkeries.. new word :) housed in The Old Synagogue on South Street in Fremantle. The Old Synagogue built in 1902 was the first synagogue built in WA but by 1908 services were no longer held here as the majority of the state's Jewish population had moved to Perth. The building was acquired in 1922 by William Beer and was also known as the Beer Building which as Mr Chapple boasts 18 taps of WA crafted brews, front row above, seems a most appropriate name.. personally je préfère le hot choc :) Happy Thursday, take care and stay safe.. 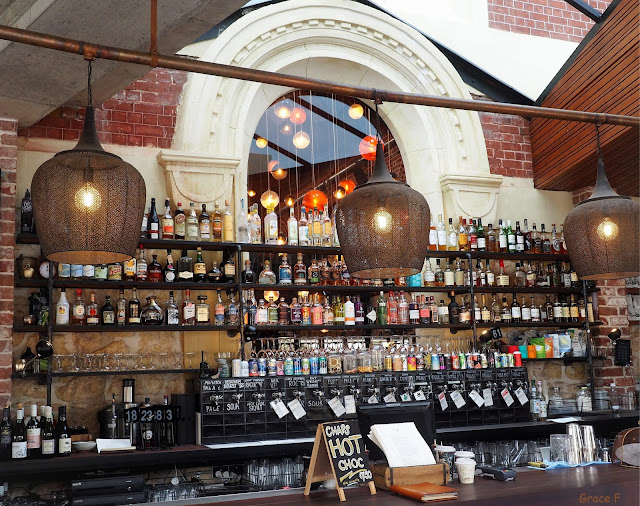