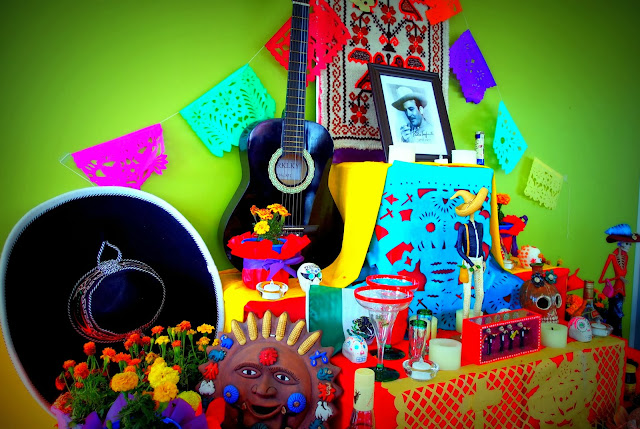 The 'Day of the Dead'' is celebrated in Mexico and many other cultures around the world.. it is said that at midnight on the 31st of October each year the gates of heaven are opened and the spirits of deceased children are allowed to reunite with their families for 24 hours and on 2nd of November the spirits of the adults come down to enjoy the festivities prepared for them.. unlike Halloween these are colourful and joyous celebrations. Perth had it's own carnival with Mexican food, music, painting of sugar skulls and shrine making. The secret to a successful shrine is the collecting together of all of the deceased persons favourite things that they enjoyed while alive.. above and below a shrine to two of Mexico's most treasured, Pedro Infante and Frida Kahlo.. 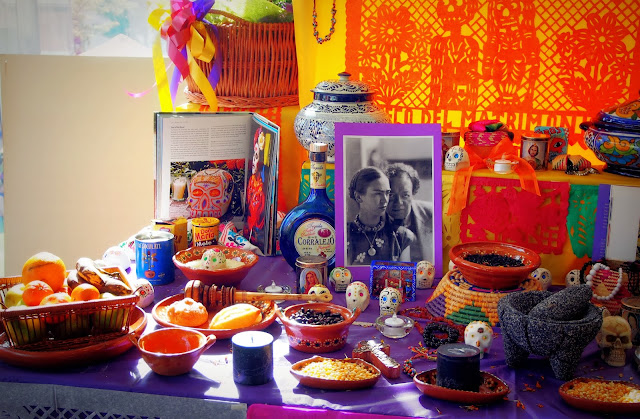 ...it did make me smile to see a shrine to the 'crocodile hunter' Steve Irwin, it would seem he did enjoy a Carlton :) 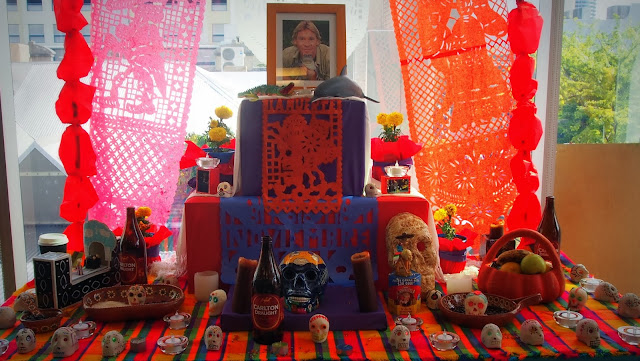 Aimee and I were lucky (?) enough to snaffle a bean bag to sit in and watch the festivities and in answer to your question Ciel from Versailles :) yes they do get hot, it'll be a picnic rug for me the next time! There's been so many events in Perth this weekend it's been RIDICULOUS trying to get to them all.. Aimee's participating in the 'colour run' early this morning with moi taking photos.. after that I'm looking forward to catching up and seeing what you've been up to! Happy weekend, take care... 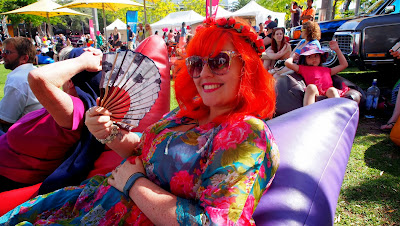 Posted by PerthDailyPhoto at 12:02 AM