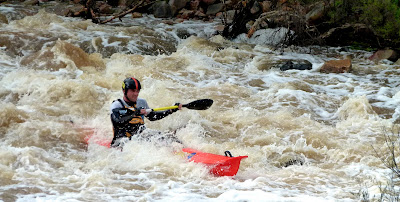 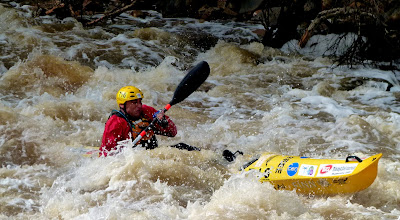 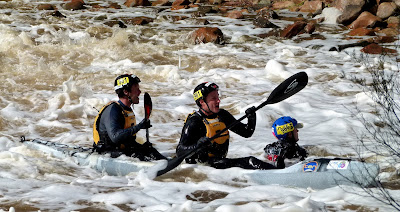 After an early wake up, an hours' drive, a ten minute bus trip and a twenty minute walk we reached our spot in the Walyunga National Park where we were hopefully going to get our best pictures of this years Avon Descent. This is the only event in the world (according to Wiki!) where power craft race paddle craft, with time handicaps of course and I've just heard that  this years winner was two brothers in a kayak, yay go paddle power!! This is a Grade 2- 4 white water rapids race and it's 133 grueling klms test the endurance of the fittest athlete. As they came around the corner and tried, not always successfully to dodge the many hidden rocks, there was a collective groan from the spectators. It was pretty hard to pick, out of the many photo's I took, so I went mainly on expressions, if you have a little zoom in on faces, the agony and the ecstasy is there...!! I've shown the kayakers today, will put up some of the speed boats tomorrow. Hope you had a good weekend, sorry for lack of comments yesterday, back to normal today.....!!
Posted by PerthDailyPhoto at 7:14 AM