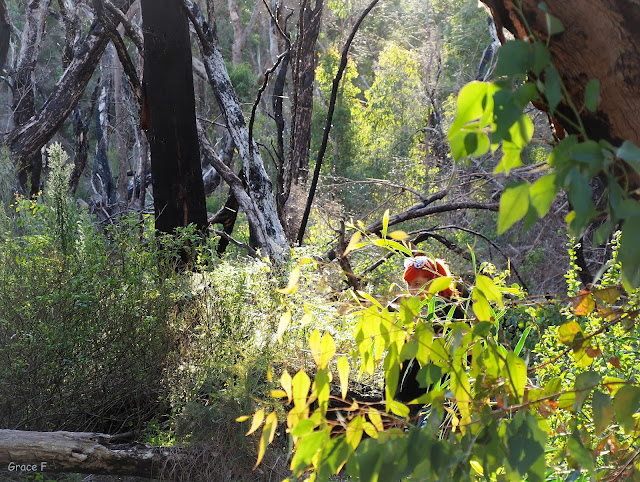 Early yesterday morning we set of for what was my first hike since I injured my hamstring seven weeks ago. We arrived in the Yanchep National Park just after sun-up on the perfect day for a hike, mostly cloudy with small bursts of sunshine and even a few drops of rain. In retrospect the 11 km hike may have been a stretch for my first for a while, and although around the 9 km mark I got a bit tetchy much to the amusement of Aimee and P, I was pretty pleased at making the whole distance.. 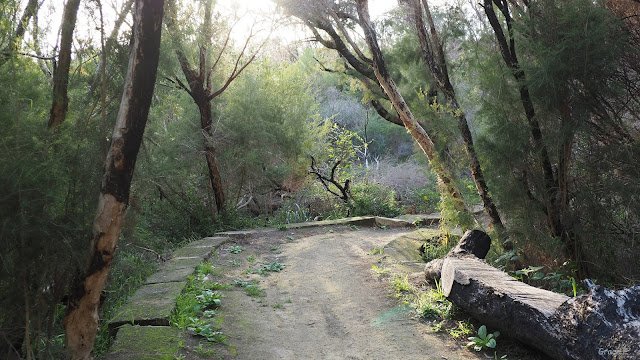 Described as moderate in difficulty there were certain challenges. The terrain varied from easy, as in the shots below... 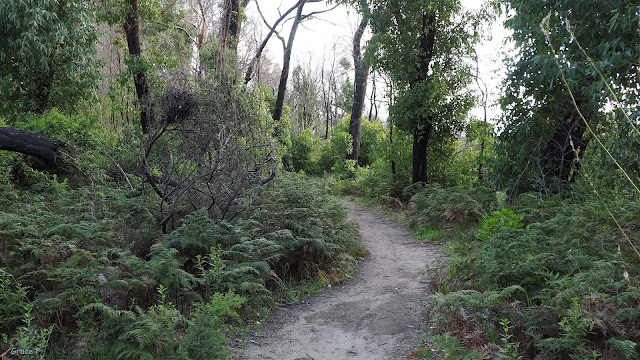 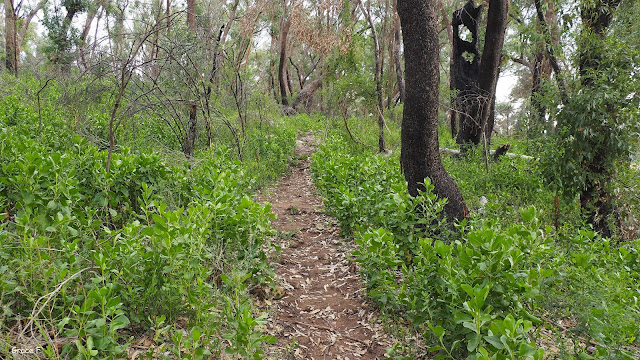 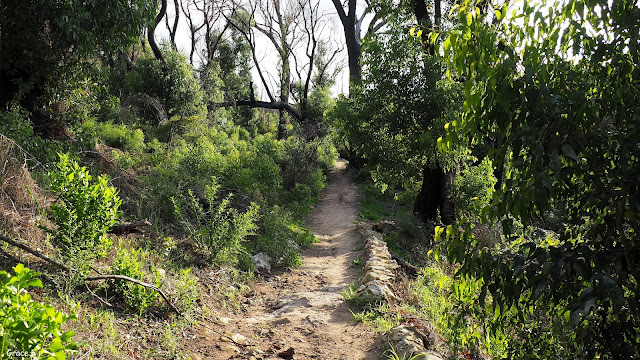 To the many rocky stretches, mostly on the inclines and declines of the trail, where you really had to watch where you put your feet.. 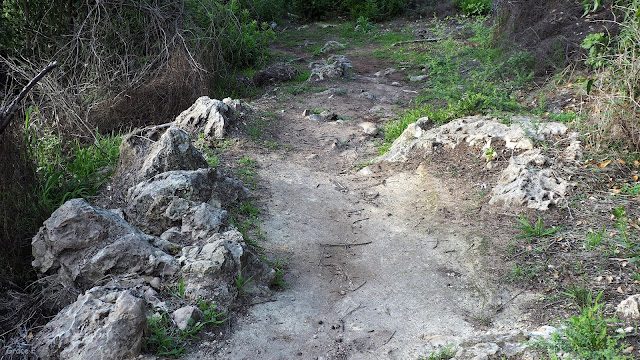 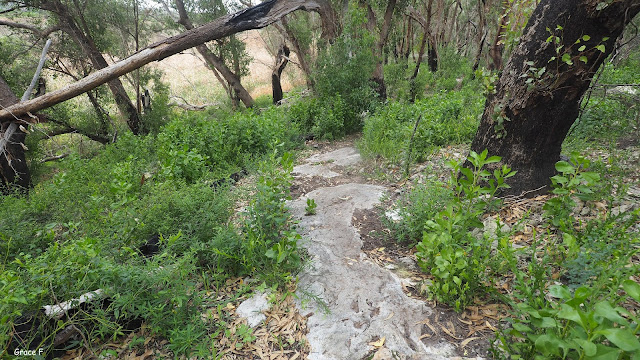 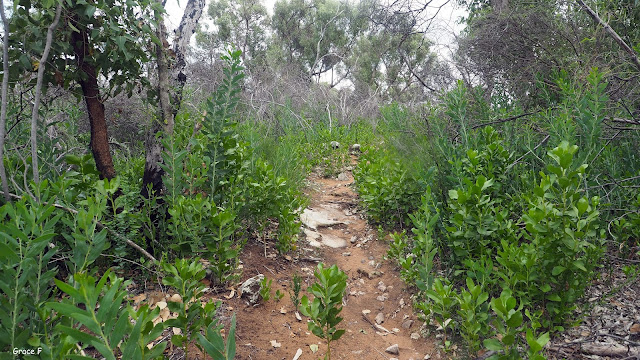 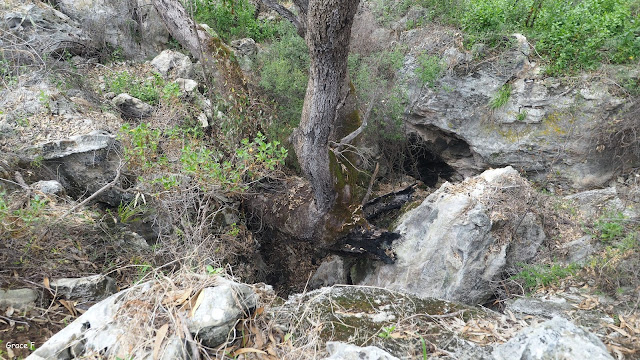 Then there were the under, over or around situations below :) Large parts of the park are still recovering from summer bush fires last year, as you can see the regeneration is coming along nicely. There was a reason for doing this particular trail, one of many in the National Park, will tell you about that tomorrow. Hope you had/are still having a good weekend, happy Monday, take care and stay safe.. 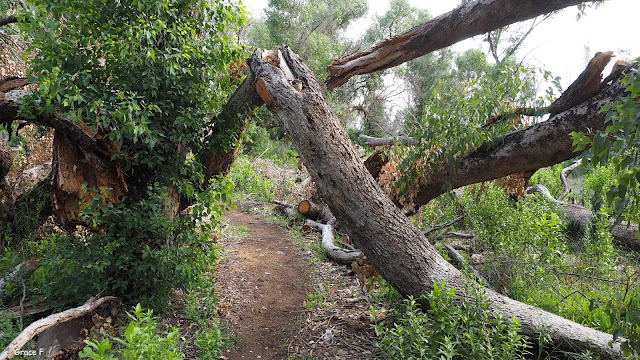 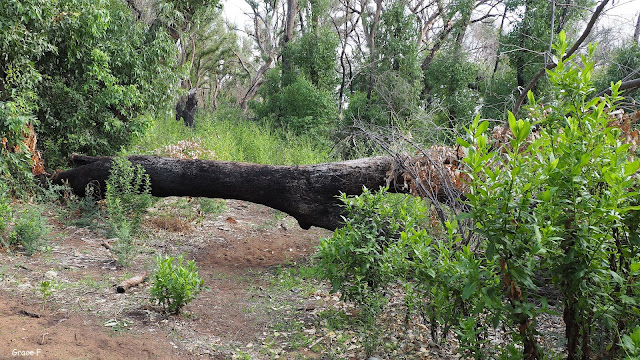 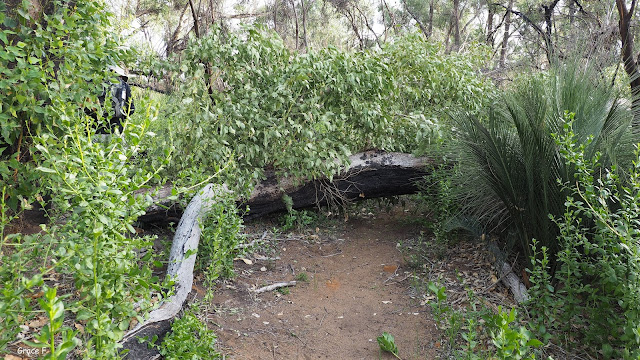 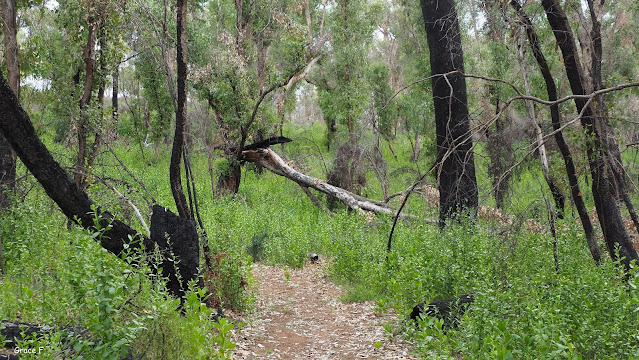