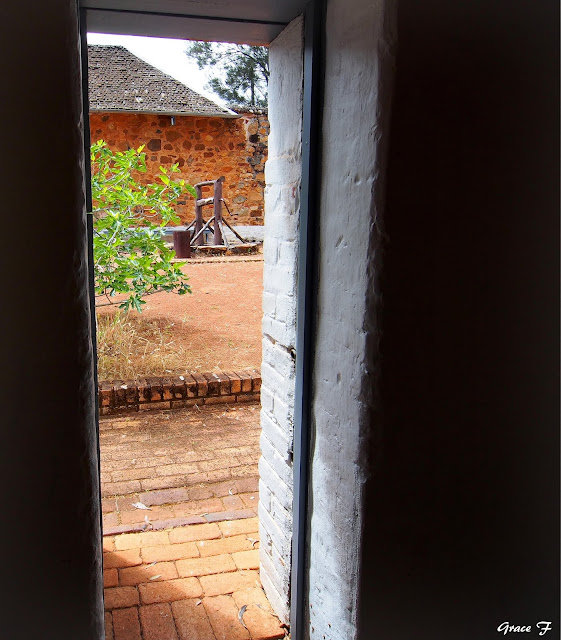 'The Governor's son has got the pip
The Governor's got the measles
For Moondyne Joe has give 'em the slip
Pop goes the weasel'
The first thing that struck me about the gaol cells was the size! It took my breath away standing inside to take the shot above, below right looking in. I'm pretty sure claustrophobia, although then not recognized as a real thing, has been around forever. My head would have exploded confined to this tiny space. Newcastle Gaol Museum in Toodyay 'was built at the request of the Resident Magistrate who was enraged by Moondyne Joe’s repeated daring escapes from a previous lock-up'. Joseph Bolitho Johns aka Moondyne Joe was transported to WA in 1853 for stealing foodstuff.. harsh! Moondyne Joe, was brilliant at escaping his confines, so much so that when a special 'escape-proof' cell was built for him in Fremantle, he was promised a pardon if he managed to escape, which he did four months later :) The 'pardon' came many years later..

The wooden shingles or they may be shakes.. hand made from split jarrah or sheoak will be renewed soon as a grant has been received to cover the cost. Will have a look when we go back for the Moodyne Festival next year, sounds like fun. Happy Saturday, take care and stay safe.. 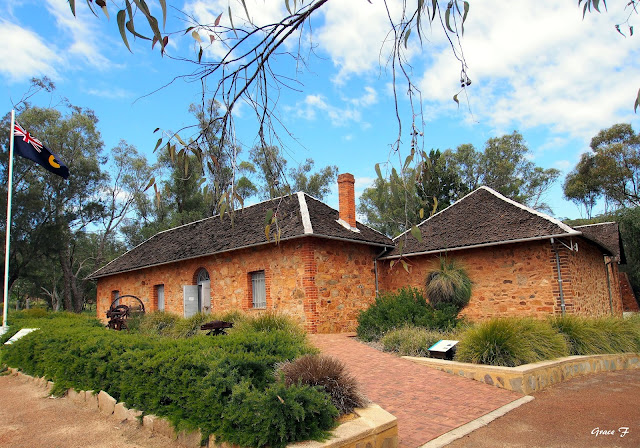