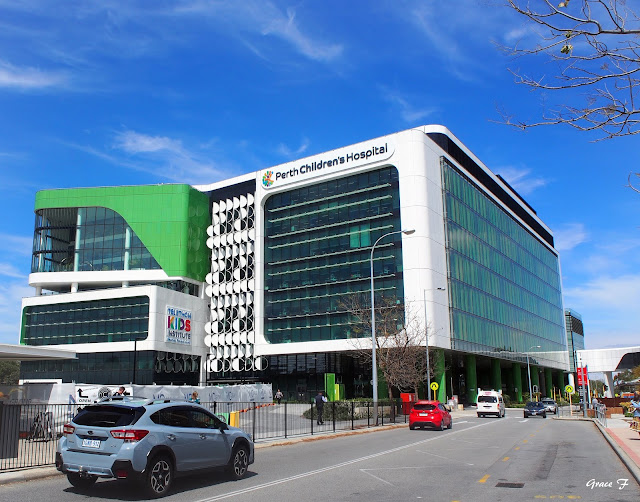 I'm a few days late for the CDP theme 'Change'.. but better late than never oui :) Spending time with my younger sister while she was in 'Charlies' gave me the opportunity to take some pics of the brand new Perth Children's Hospital, (much better pic on link) opened in June this year. If ever there was a change in architectural styles it is between the old Princess Margaret Hospital for Children opened in 1909, built along more concrete lines and the more colourful new children's hospital.. green, the colour of tranquility 💚 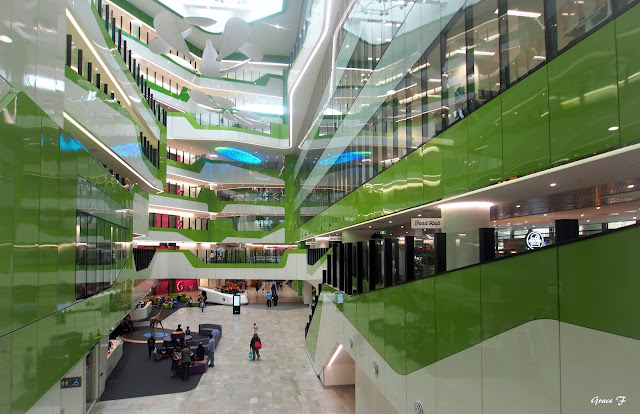 Apart from the change in architectural style how about the change in weather 😉 The blue skies in the first shot when we took my sister into hospital and grey below a week later. The hospital to the right here, with the link to the new hospital middle of pic, is Sir Charles Gairdner Hospital, the above mentioned 'Charlies'. No matter how fabulous the new children's hospital is, and it is, nothing can be taken away from the incroyable work the doctors and nurses carried out in PMH, if interested you can read here, brought a tear to my eye as I remembered how brilliant they were with my then three year old great niece. Summed up by one nurse 'bricks and mortar but so much more'. Bear with me as I catch up, happy Thursday, take care and stay safe..
Visit City Daily Photo to see more images for the theme here... 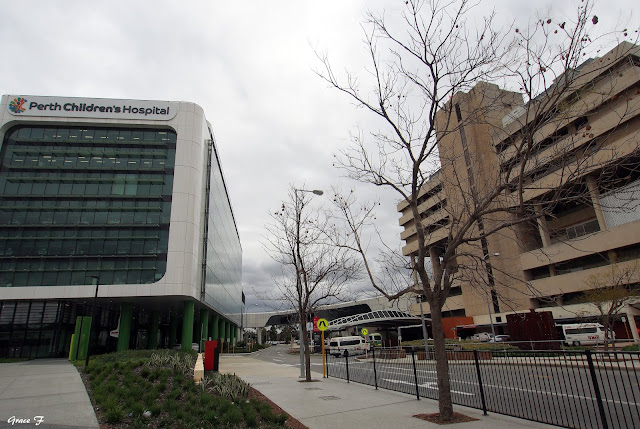