Fremantle Prison Gatehouse.. Step inside and do time! 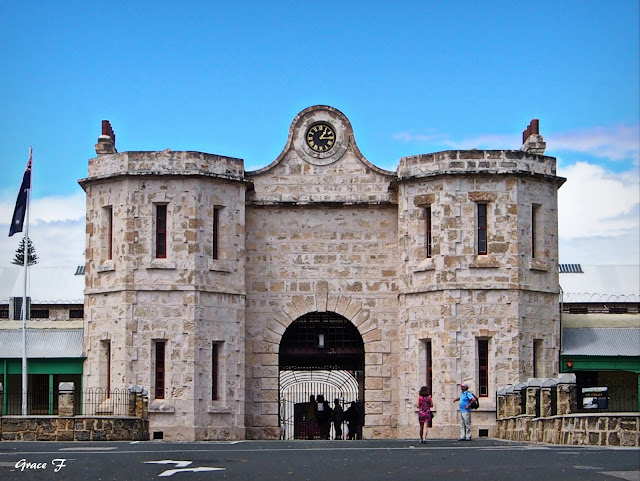 The Gatehouse built in 1855 by convicts.. for convicts, using local limestone, the clock imported from England, is the entry point for visitors to Fremantle Prison, the only built World Heritage Site in WA. The prison, initially for convicts transported from Britain, blimey what a shock the heat and terrain would have been for them, looks exactly like it did, below, when it was built. Restoration of the Gatehouse in 2005 to preserve the original stone facade, removing non-original rendering looks amazing.The facility closed as a prison in 1991 and is now one of WA's most fascinating and significant cultural attractions.. 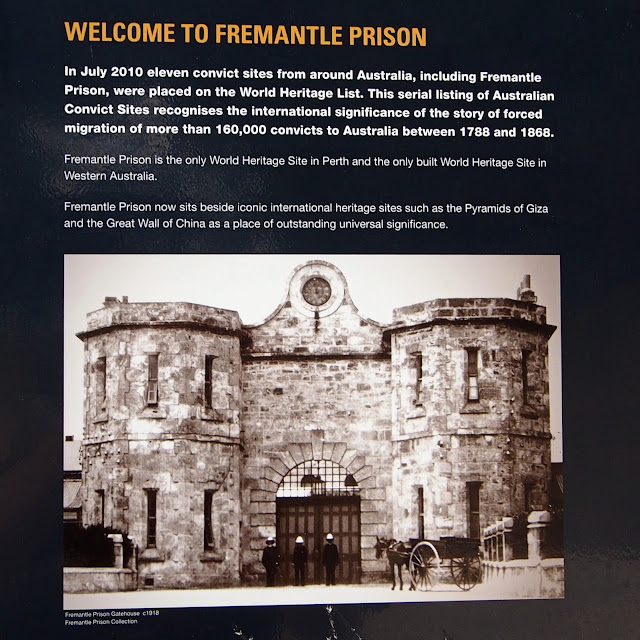 Fremantle Prison was WA's only lawful place of executions between 1888- 1984, the first in 1889 and the last, Eric Cooke nicknamed 'the night caller', on 26th October 1964. I can tell you from personal experience the 'gallows room' on a Torchlight Tour tour of the prison makes the hairs on the back of the neck stand right up! On a lighter note :) there were still a few convicts hangin' around looking a bit sad... 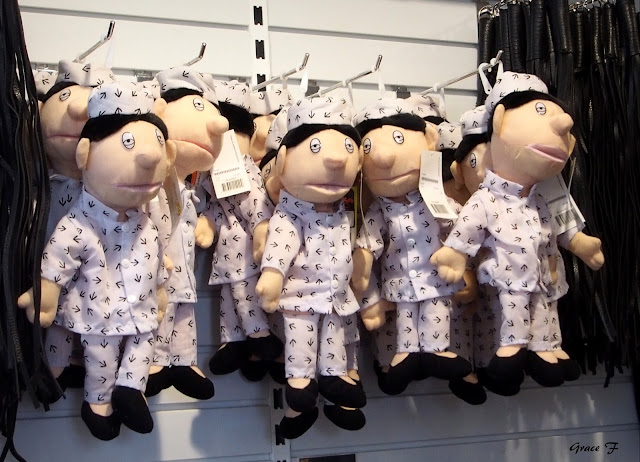 There were escapes from Fremantle Prison over the years, non so colourful as that of Moondyne Joe who escaped multiple times. After his last re-capture he was put under strict watch, the then governor John Hampton, so confident that MJ wouldn't be able to escape again announced that if he did he would be pardoned.. well he did and he was :) Not so these furry desperadoes below, well not until a visitor to the prison gift shop shows pity and takes them home! Happy Wednesday, take care and stay safe... 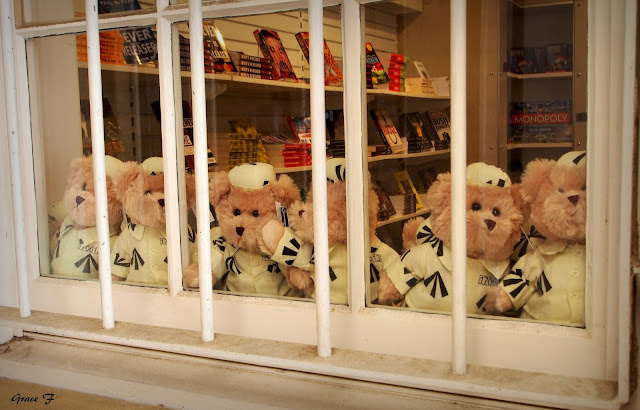