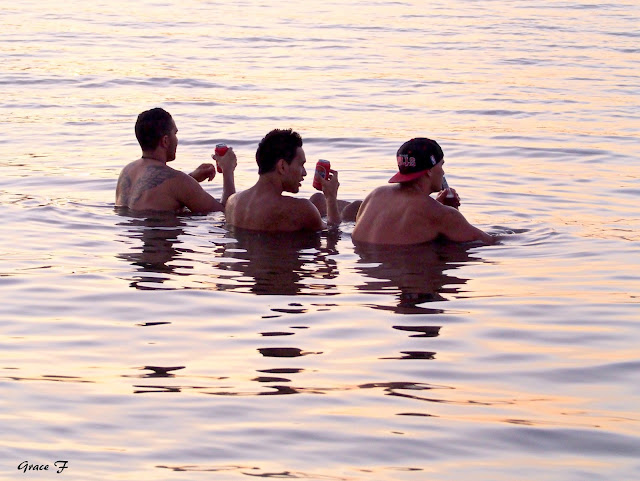 It's possible I might not to make it to Skyworks 2017 tonight, so to celebrate Australia Day today a few shots from Skyworks 2015, you may remember.. taken using knees not a tripod :) The three amigos drinking their ale in the cool of the river might be the way to go again tonight, we're looking at 39C today.. it's going to be 'hot in the city tonight'.. go on I dare you to listen :) 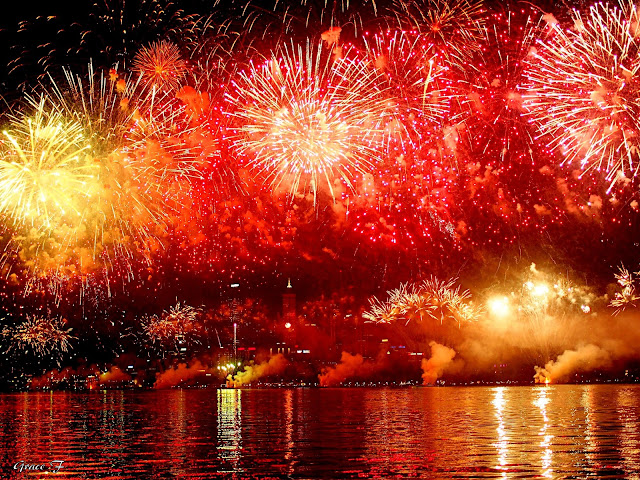 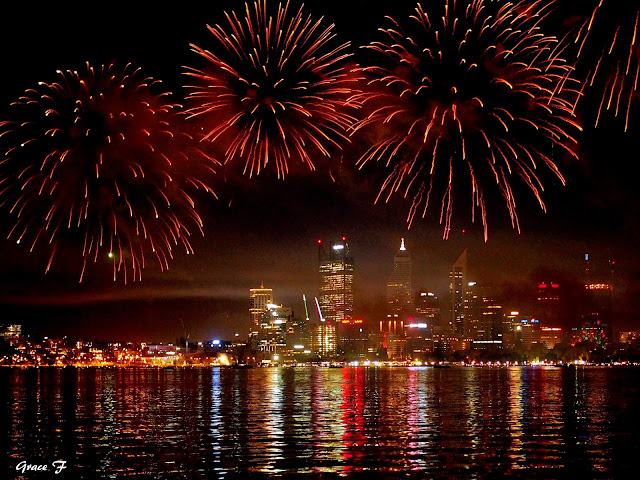 ... and if you were wondering why I was absent on the blog yesterday it was because mid-way through post preparation at around 8.30pm there was an almighty thud when a young thug crashed his car into an above ground power-line pole, one of the downsides of living in an older suburb, on the corner of my street and everything went black! Big thanks to the Western Power crews who worked through the night and well into the next day to clear up live-wires and replace pole, the tragedy was trying to wake up without a hot cup of coffee :) Happy Thursday, take care and stay safe... P.s. if I make it to the fireworks tonight I'll take my tripod :) P.p.s. As much as I was furious with the 'young thug', where he came from no-one knows, thankfully he was unharmed, I feel he should be presented with a bill from Western Power for their services :) 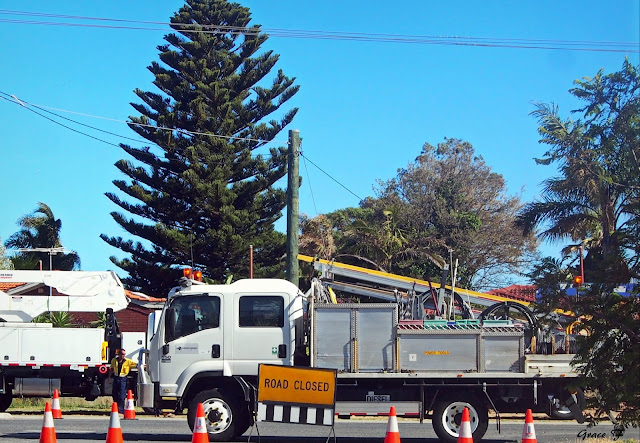