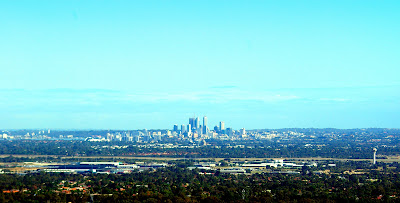 This shot was taken from Gooseberry Hill which is a Perth suburb located in the Shire of Kalamunda and the site of Gooseberry Hill National Park, we were at the northern most highest feature of  Statham's Quarry which is within park land.  Perth Airport lies between here and the city, you can see to the right of the shot the airport tower. The haze was caused by a bush fire just off to the side of us, which didn't seem to bother the young couple sitting in the middle of the bush on a big rock admiring the view (maybe!!), can you see them down there! Ah! the joys of young love.....!! 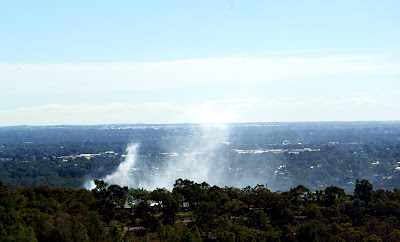 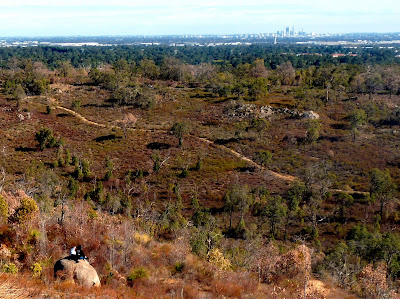 Posted by PerthDailyPhoto at 6:58 AM