Just when you thought it was safe..... 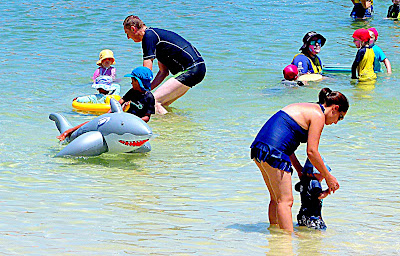 Shark attacks along the coast of Australia are a constant fear and here in the West we have our share of attacks, the latest being only a couple of days ago.  There have been four fatal attacks in the last fourteen months, three of those in the last three months. These attacks have prompted the West Australian Government to budget $14 million over the next five years on measures to reduce the risk of shark attack. I have heard that if there are seals swimming close to the shore, there is the possibility that sharks will be around as well, so heed the signs people...see a seal and vamoose out of there pronto!! Although this is not a situation to be taken lightly, it must be pointed out that the odds of being attacked by a shark are pretty low and after all it is their territory, not ours..that being said, the shark above and below are the only close encounters of the 'big teeth' type that I ever plan to have .....! Have a safe day..... Something fascinating on bills diving check it out.....!! 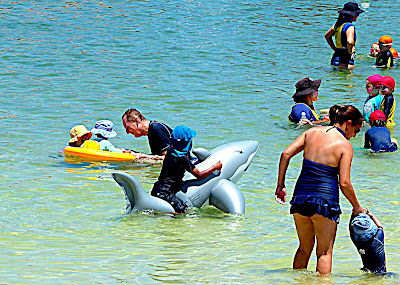 Posted by PerthDailyPhoto at 7:00 AM