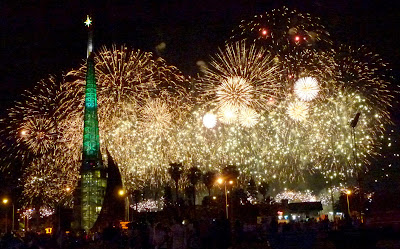 Well what a couple of days...the weather (read it to believe it!!) has been almost at boiling point (or so it feels). Yesterday was Australia Day, celebrated every year on the 26th of January and by mid afternoon the temperature was nudging 42C, there was even talk at some point of cancelling Skyworks because of the high winds and the risk of fires, thankfully it went ahead as planned, it's such a highlight of the celebrations that it would have been very much missed. This year instead of heading as close to the shore on the Swan River as possible, Bill suggested we set up our tripods in Langley Park just behind The Bell Tower and I have to say I think it was an excellent idea as the fireworks looked quite amazing rising up from the barges on the river behind it, what do you think! 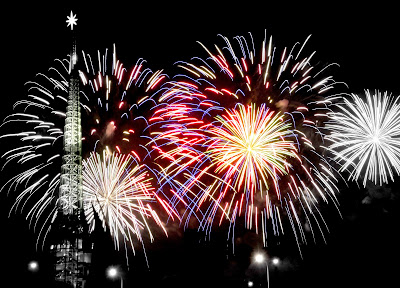 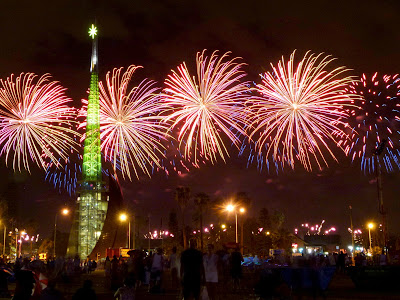 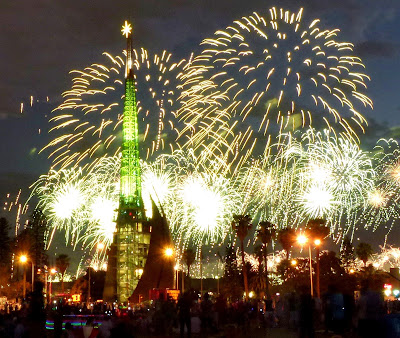 As the fireworks started, after so many weeks of 'forecast' rain that NEVER came....would you believe it.....YUP it started to rain, big heavy drops that if there hadn't been cameras involved, I would have happily thrown off my shoes and frolicked in.  As the fireworks built to a crescendo, Mother Nature adding her touch with some magnificent lightning flashes, the rain got heavier, actually it was FABULOUS and I thoroughly enjoyed getting soaked, this was the last picture I took, haha! I quite like it (can you make out the Bell Tower).....!! Well here we are at the end of another week, I hope it's been a good one for you and that you have a great weekend, I'm desperately hoping for a wet one.....! 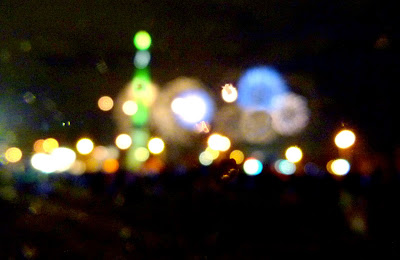 Posted by PerthDailyPhoto at 6:53 AM