Ghost of the Alkimos.. 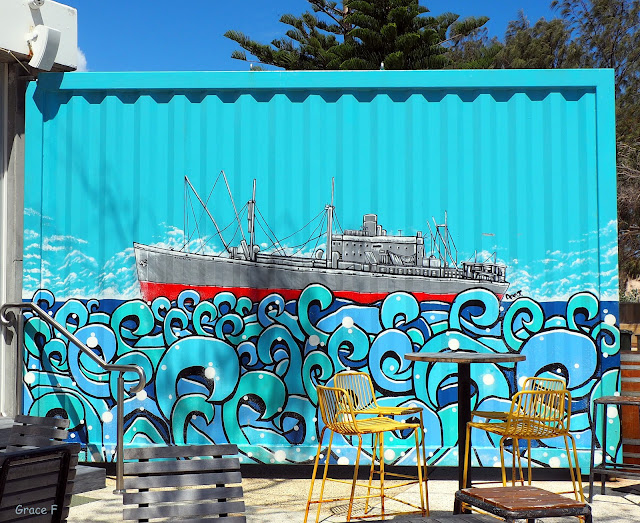 If ever there was a ship that was cursed it was the merchant ship the Alkimos. After running aground several times along the coast of Western Australia its final resting place back in 1964 was here, 56 km north of Perth near Quinns Rock. The beautifully buoyant mural by Perth artist and illustrator Paul Deej rather belies the dark history of the Akimos, which if you are interested you can read about HERE.. 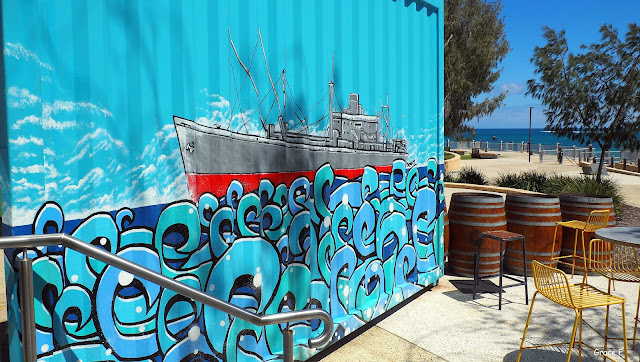 This is all that is left of the ill fated Alkimos. The ship was said to be haunted by the ghost of Henry after reports of sightings of a man dressed in oilskins on board the wreck, spooky! You won't catch me going anywhere closer than with my long lens.. whether it be true or not :) I'm going to try and catch up with you this week, take care and stay safe..

Visit Sami to see more Monday Murals from around the world..