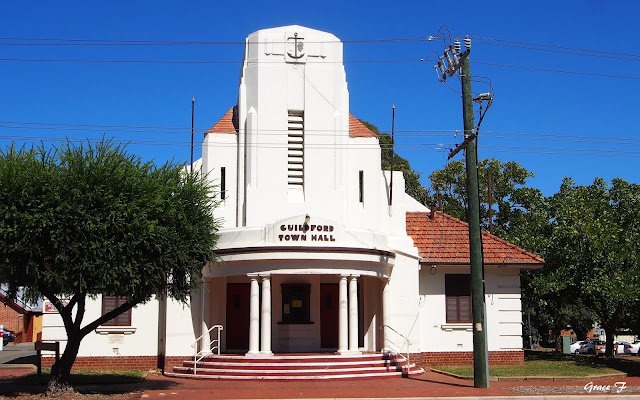 A few weeks ago while in Guildford, in an attempt to take my mind off a certain gentleman that I was passionately :) attracted to, I sidetracked my attention to another great love.. heritage buildings. In historic Guildford there is no shortage, practically every building is heritage listed. The three buildings shown here built in the 1930's are described as 'inter-war' Art Deco, not too flashy but with subtle Deco touches. The Town Hall above, still used as a community space and the Council Chambers below, now a library... 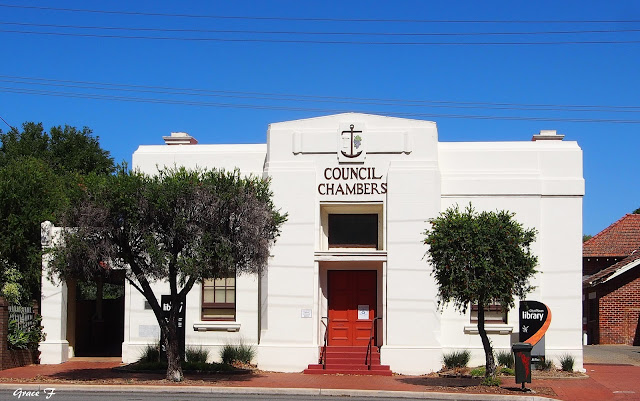 The old Guildford Fire Station below built in 1934, the residence next door once the Fire Station Quarters is a 'rare surviving example of a fire station and family residence on the same site'. I'm guessing that's the old bell tower behind. I have so many unanswered questions re the old fire station, does it belong to the current residents of the house next door, is it still used. I almost knocked on the door.. almost! Happy Wednesday, take care and stay safe... P.s. how fabulous does the white Art Deco look under the deep blue sky! 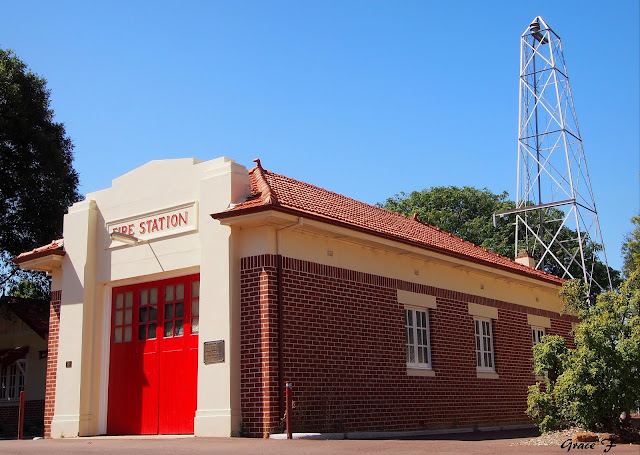