The Duyfken sails in to Hillarys Boat Harbour.. 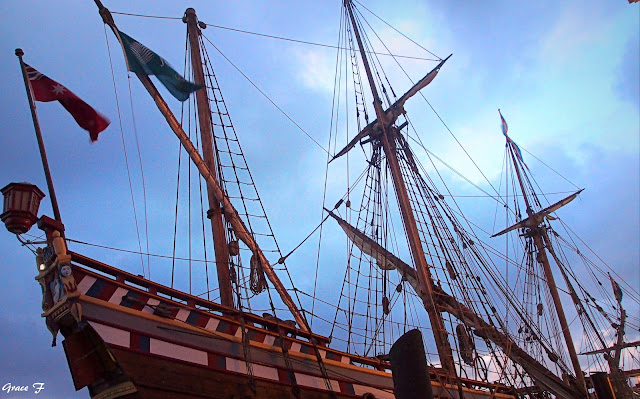 Unfortunately I missed the arrival of the Duyfken as it sailed into Hillarys Boat Harbour last Thursday.. I'm determined not to miss it sailing out of the harbour next week! The tall ship is on a journey up the WA coast (super link for anyone who loves tall ships, and who doesn't) to celebrate the Dirk Hartog 400th anniversay (1616 - 2016), the trip ending with the official ceremony on Dirk Hartog Island,the most western point of Australia. I've seen the replica Duyfken in Fremantle Harbour, where it was built and later launched in 1999, many times, but it was pretty cool to see the tall ship berthed next to the Breakwater tavern in the harbour five minutes from where I live... 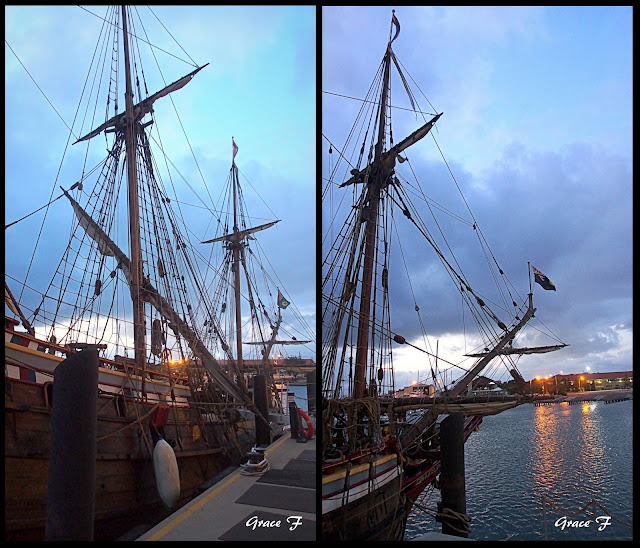 Some of the shots were taken in the afternoon and some later when I went back with Aimee in the evening.  Interesting to see the complexity of the tall ship sails beside the modern yachts. As we were standing on the boat slips on the other side of the harbour about fifty paddle boarders came around the corner straight towards us.. blimey they breed them tough in Oz.. it was freezing :) I enjoyed the comparison between old and new below, the sail ship and the ferry! I couldn't decide which shots to use so I've probably used too many, don't hate me :) Happy Wednesday, take care and stay safe... 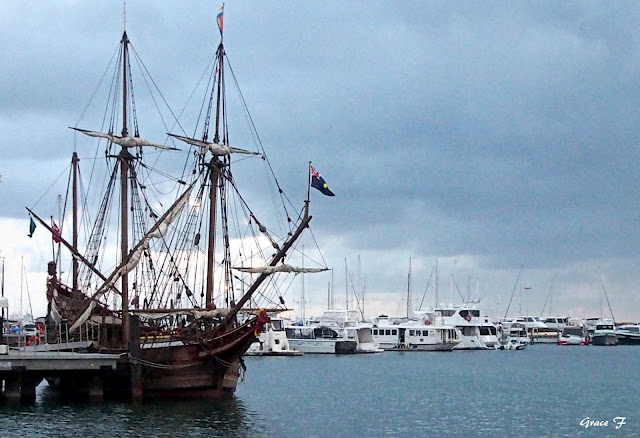 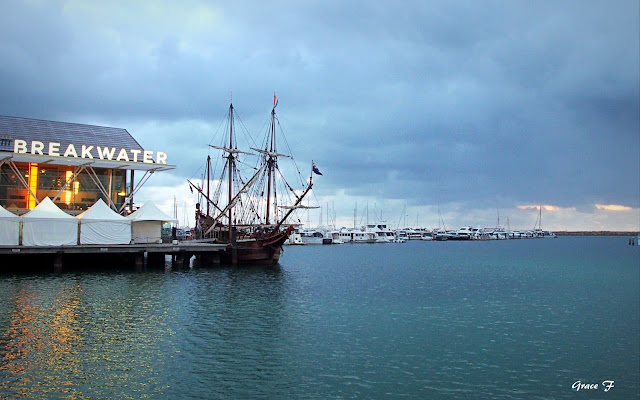 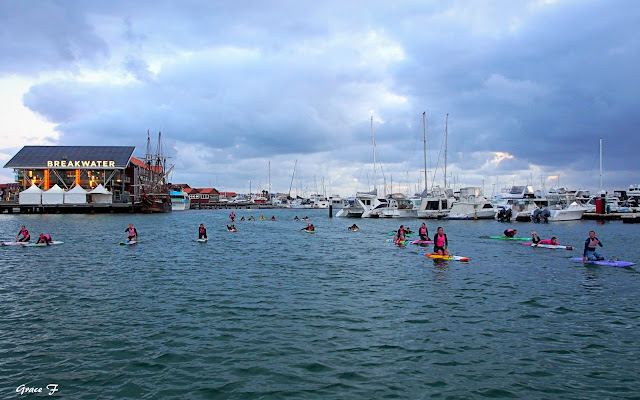 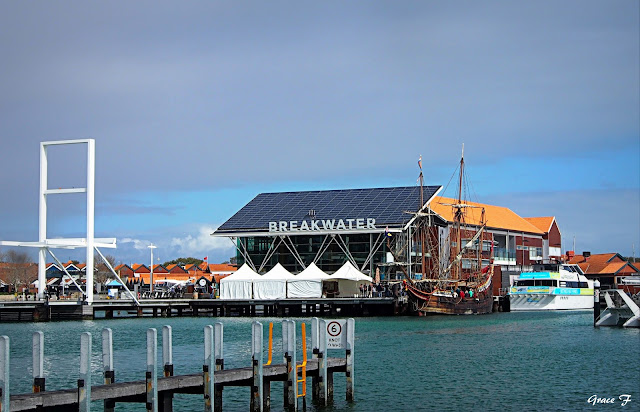 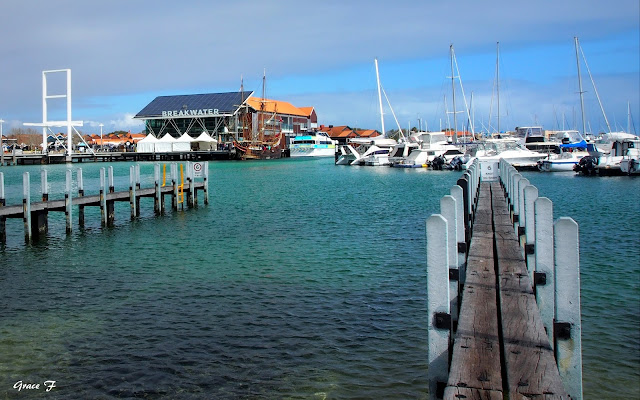