'Democracy with a side of sausage'... 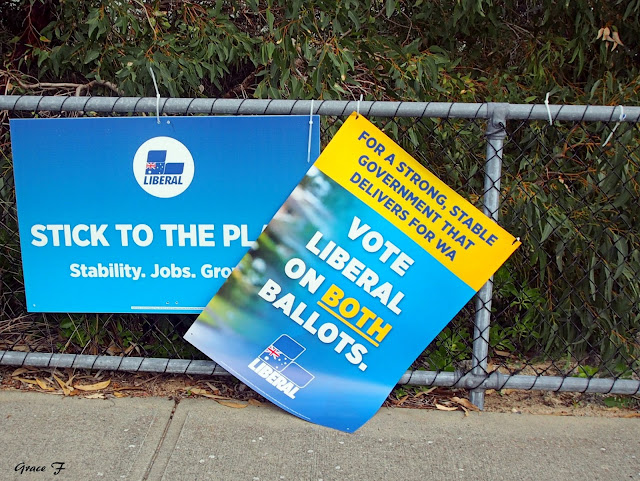 After eight weeks of official campaigning blue skies and the tantalizing whiff of democracy sausages sizzling greeted voters all over Australia yesterday as they turned out to cast their Federal election vote! There will be enough serious speculating on the outcome so tongue-in-cheek my observations were this.. Malcolm Turnbull, 'liberally' hanging off the fence above is offering 'a strong, stable government' ooops, and Bill Shorten.. he has 'no idea' :) There will be much heated discourse when the results are in and as one of only 22 countries in the world that has compulsory voting I believe that is our right, we have earned it by making that vote.. even if not compulsory I couldn't imagine not making my opinion count. Happy Sunday, take care and stay safe... p.s. just before going to bed it's looking like a return of the Liberal Party.. p.p.s. big catch up today! 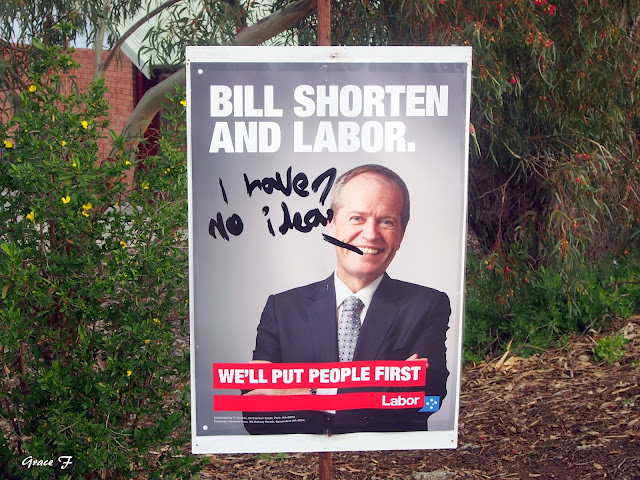