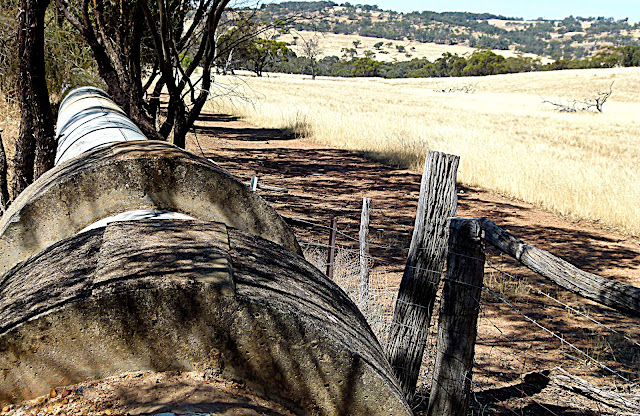 Never poo poo a man/woman with a vision. That's exactly what happened to C.Y. O'Connor when he devised the Goldfields Water Supply Scheme back in the late 1800's. To pump water from Mundaring Weir up to the goldfields in Kalgoorlie more than 600 kilometres east of Perth would have seemed an impossible feat. Unable to take the scorn from both the parliament at that time and the press (even back then they were ruthless), who labelled it his 'scheme of madness', just twelve months before completion O'Connor rode his horse out to sea and shot himself. Today because of the The Golden Pipeline project initiated by the Nation Trust of Australia (WA) you can follow the 'water trail' from Perth to Kalgoorlie with lots of interesting stops along the way. On our trip up to Goomalling, at times the pipeline ran alongside the road, and at others it would disappear only to reappear snaking it's way through the bushland (bottom shot). I'm sure you'll agree that as the water is even now flowing through the pipes up to Kalgoorlie, it can still be considered a mega impressive achievement. I hope you had a good weekend, me I'm exhausted, will catch up today, take care..... 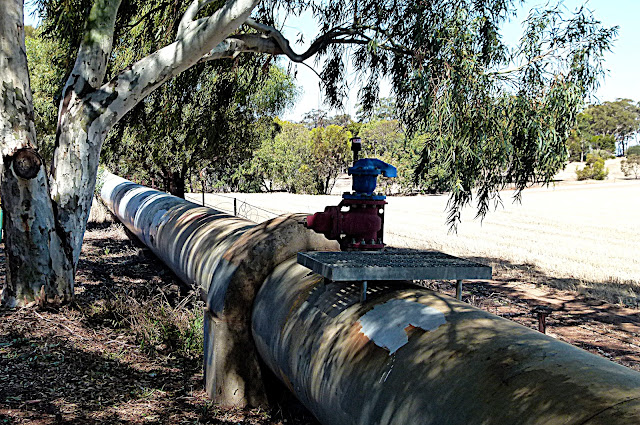 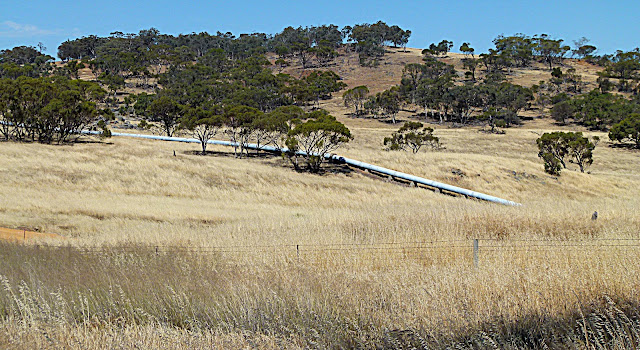