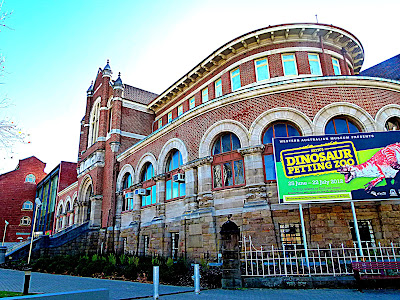 Dinosaurs aside, this building is so big it's impossible to show it all in one hit! The older parts of the museum consist of the Jubilee Building above, built in the Victorian Byzantine style and opened in 1897, and the old Perth Gaol (up to the left) built in 1854, after the last prisoner was sent packing down to Fremantle in 1888 it was known as the Geological Museum before officially becoming the Western Australian Museum in 1897 (there's a super panoramic view on the this link). 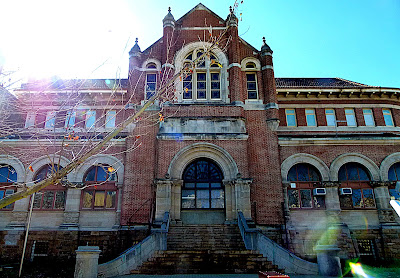 This fabulous staircase leading up to the original museum is no longer used, such a shame, I think as youngsters it would have been terribly exciting climbing up these steps to see strange and exciting things don't you agree! The two older buildings are adjoined by the more modern glass entrance below. Even though we're in the middle of winter you can see from the glare spots there's a lot of sunshine around, still chilly but not complaining about that! The museum is part of the Perth Cultural Centre which I'll follow on with tomorrow. Hope your week has started well, take care..... 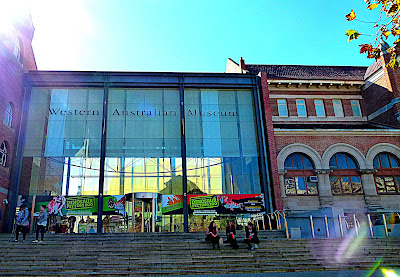