A bonnie wee gift from Perth.. to Perth. 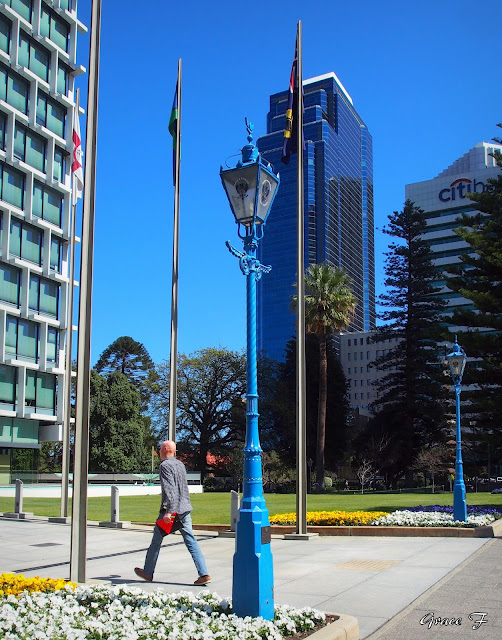 Carrying on up the Terrace, at the entrance to Council House a bonnie wee Scottish flourish to a 1963 modernist style building, more about that later when I can catch it (the building) dressed up for the night :) Presented to the City of Perth in 1978 by the Perth and Kinross Council Scotland to commemorate the 150th anniversary of the founding of Western Australia. The blue skyscraper in the background is Exchange Plaza. The colour of the sky here is untouched, I took these shots last Monday on a 25C day, you can see already the intensity of the blue as compared to the winter skies just a few weeks ago, oh it's tough living here but somebody has to do it :) Happy Sunday, take care and stay safe... p.s. would have been so cool if the breeze had gently unfurled the flags! 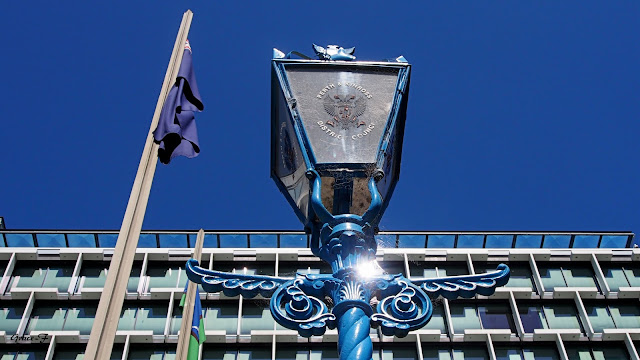