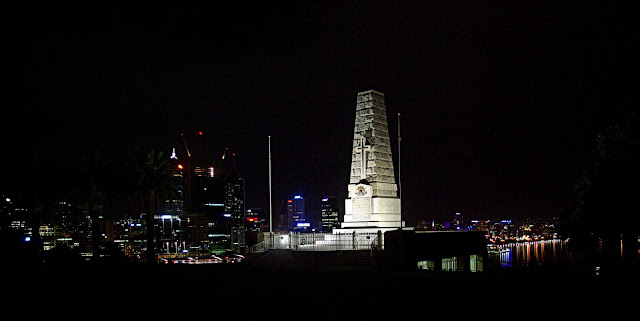 A Tribute to ANZAC Day
With their hair a little whiter, their step not quite so sure
Still they march on proudly as they did the year before.
Theirs were the hands that saved us, their courage showed the way
Their lives they laid down for us, that we may live today.
From Gallipoli's rugged hillsides, to the sands of Alamein
On rolling seas and in the skies, those memories will remain.
Of airmen and the sailors, of Lone Pine and Suvla Bay
The boys of the Dardenelles are remembered on this day.
They fought their way through jungles, their blood soaked desert sands
They still remember comrades who rest in foreign lands.
They remember the siege of old Tobruk, the mud of the Kokoda Trail
Some paying the supreme sacrifice with courage that did not fail.
To the icy land of Korea, the steamy jungles of Vietnam
And the heroic battle of Kapyong and that epic victory at Long Tan.
Fathers, sons and brothers, together they fought and died
That we may live in peace together, while at home their mothers cried.
When that final bugle calls them to cross that great divide
Those comrades will be waiting when they reach the other side.
Ken Bunker 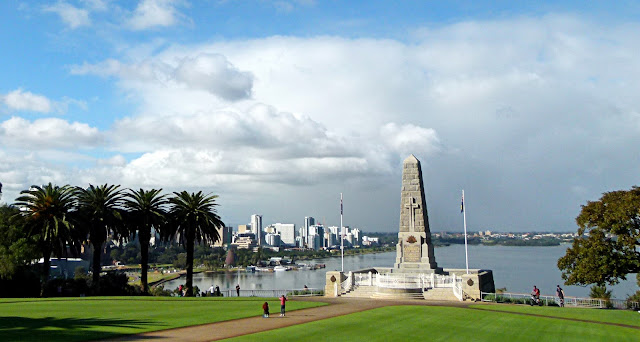 The State War Memorial above is the venue for the Dawn Service, the beginning of a full program of events (see link) planned each year on the 25th April for Anzac Day..It'll be an early start this morning, around 4.30am, watching the sun come up over the city while the bugle plays The Last Post followed by a silence and the Reveille and joining thousands of other Perthites to honour the Anzacs is a memorable experience..and thankfully it won't be raining, just 'dewing' heavily :) Have a good Thursday, take care and stay safe.....
Posted by PerthDailyPhoto at 12:01 AM