City of Perth Library.. the mural. 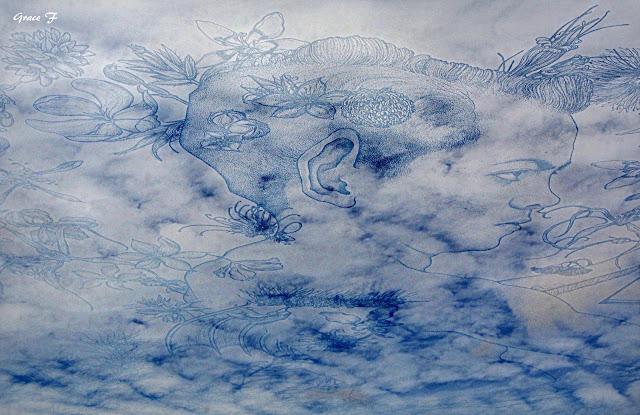 While standing outside on the terrace of the new City of Perth Library one of the library attendants asked what I thought of the mural on the ceiling. Aware that the library is designed in a series of seven levels around a circular middle section I confess I failed to look up! Sacre bleu, look what I would have missed! The first shot I took right there through the glass window. I was pleased to see when downloaded that you can see part of the mural through the reflected blue sky and clouds, pretty cool huh! On the ground floor looking up I had to almost lie flat to get the shots below :) The mural by artist, writer and curator Andrew Nicholls who drew his inspiration from Shakespeare's 'closing scene of The Tempest, translated into a Western Australian setting.. in which Prospero hands his magical book to Caliban rather than throwing the book into the ocean as he sails away from the island'.. Definitely worth embiggening to see the fine details. Happy Easter Monday, take care and stay safe...
See more Monday Murals from around the world here.. 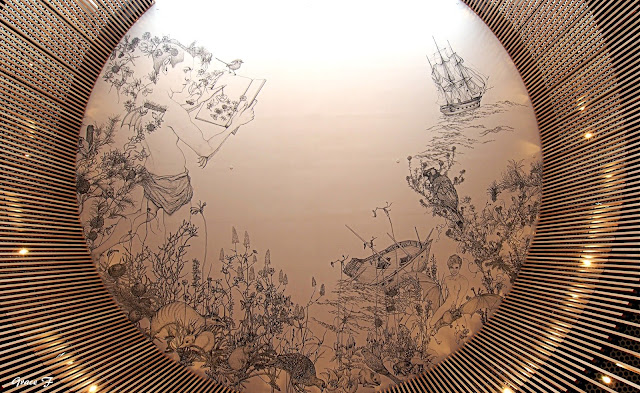 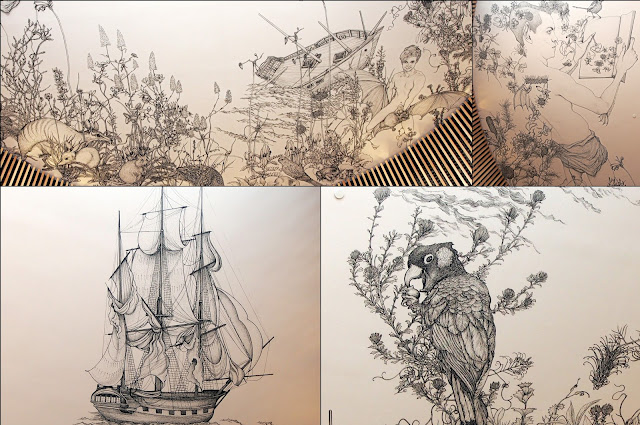 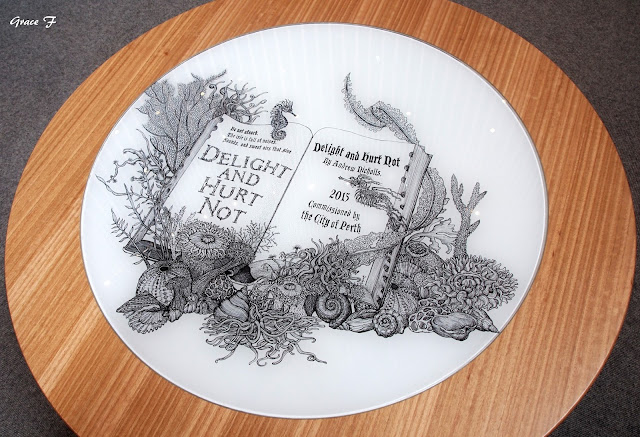