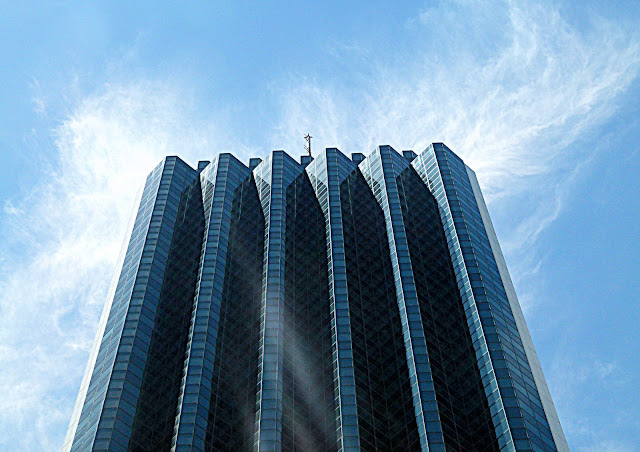 Back into the city and guess where! Yup St.George's Terrace, the big business end of town! The mix of old and new, one storey and multi storey office buildings are a photographers dream. Above 108 St Georges Terrace formerly known as Bankwest Tower was built by the infamous Alan Bond,  completed in 1988 and with 52 storeys it was Perth's tallest building until it was overtaken in 1992 by Central Park. Until the collapse of his 'empire' in 1991 Alan Bond occupied the top three floors, this is where he hung the Vincent van Gogh painting Irises bought in 1987 for US$53.9 million and resold a few years later to the J.Paul Getty Museum in LA. It's said that his chair, desk and boardroom table are still there on the 50th floor today for use as part of the lease. There's been so much to-ing and fro-ing in this building over the years if you're interested check out the link, I think you'll agree that it's got quite the history! There's a wee bit more to it, but I'll save it for another time. Hope you had a good weekend and are raring to head into the new week :) happy Monday, take care..p.s. can you imagine how many corner offices overlooking the Swan River there are in this cleverly designed building..p.p.s. hectic weekend, catch up today.....