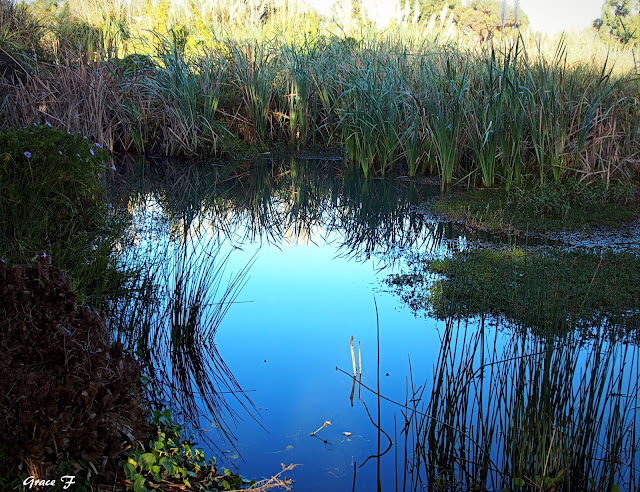 The suburb of Gwelup, named after Lake Gwelup, a small swampy area (Careniup Swamp) in the southern part of the suburb was our destination early on Sunday morning. After seeing some rather intriguing photos of the area Aimee and I were keen to check it out. First impression.. pretty, although not all that different from other swamp areas around Perth, but being the intrepid explorers we are we forged forward into the 'interior', I did after-all grow up in deepest, darkest Africa :) 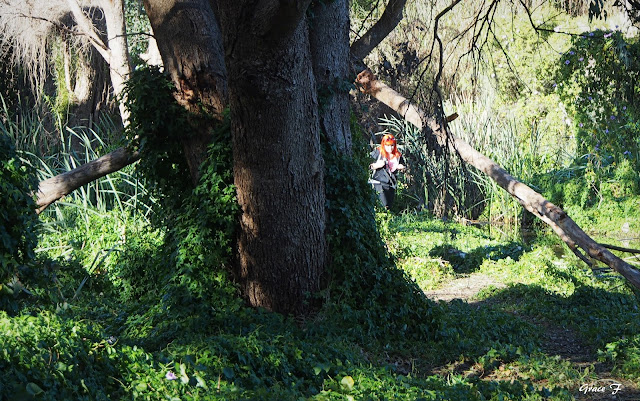 ... and look below, is that Alice disappearing into the woods mumbling  .. 'wish I hadn't gone through, and yet.. and yet, it's rather curious'. This is where we plunge into the fantasy world that exists in my head :) 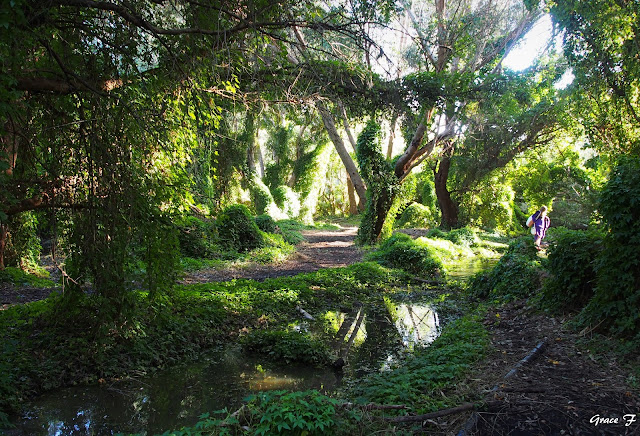 The 'bouncers', hooded monks.. are we cool enough to enter Jurassic Swamp? 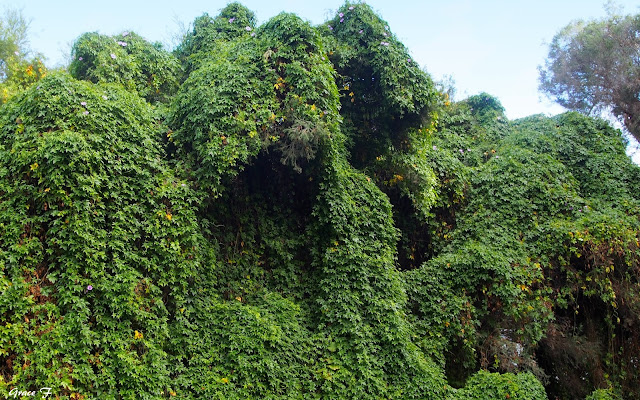 .. in time to see a tyrannosaurus rex looming out of the woods... 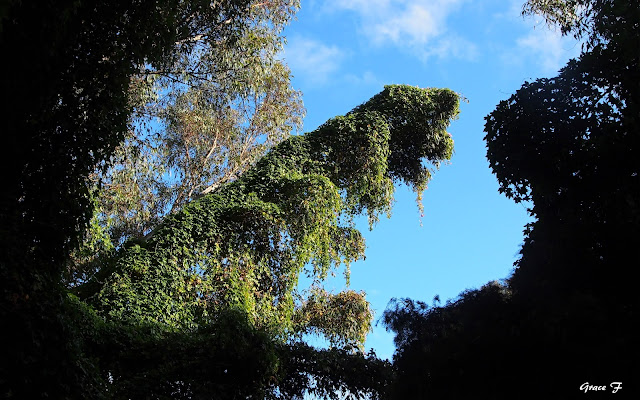 .. a pterosaurs taking to the skies! 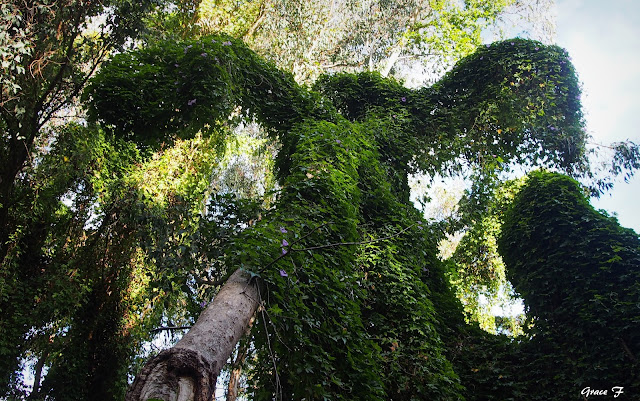 .. a herd of wooly mammoths partying with flowers in their hair :) 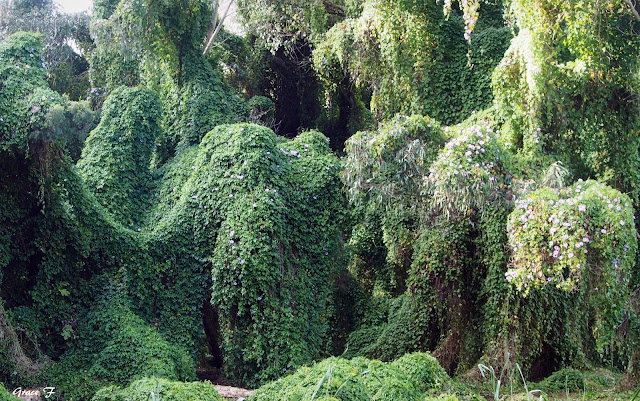 .. a velociraptor below coming out to 'play'.. do you see him there? It's all going on! 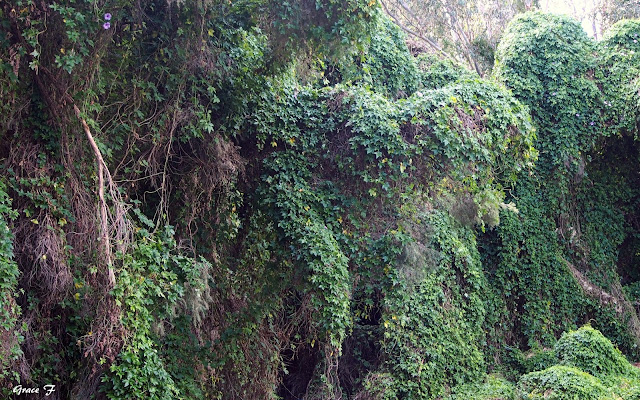 Seriously (?) it was pretty squishy walking.. eventually we reached a point where ahead was a no-go area unless wearing wellies, which we weren't. I imagine the area we had just explored will be totally under water when the rains begin in earnest. 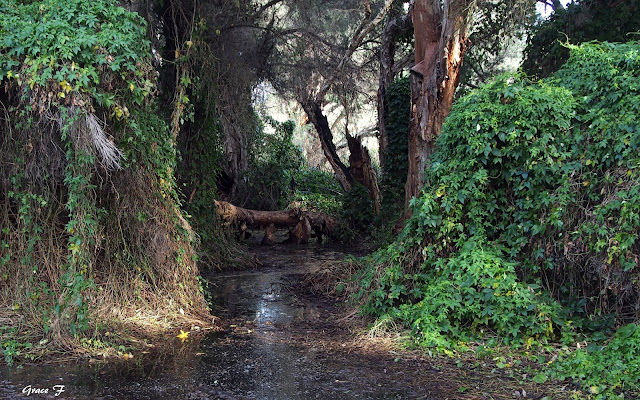 Making our way back through the same arch we had entered we both agreed it had been so worth the visit. Whether you consider Morning Glory a weed or not, in this controlled area it has transformed what would have been tres ordinaire into something quite fantastical! Check out Daily Details to see Aimee's shots of the visit. Happy Friday, hope it's a good one. p.s. apart from the first where I amped up the blue, the rest of the shots are SOC. 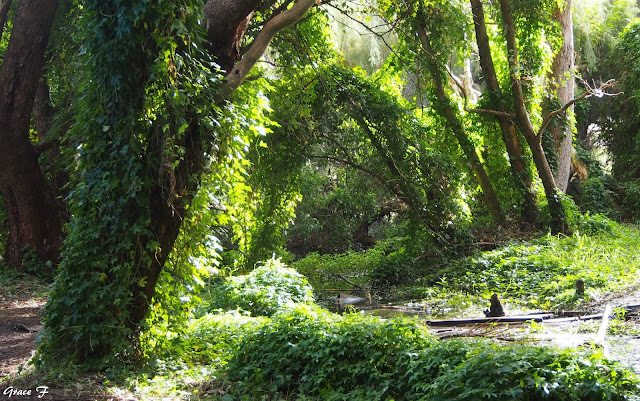