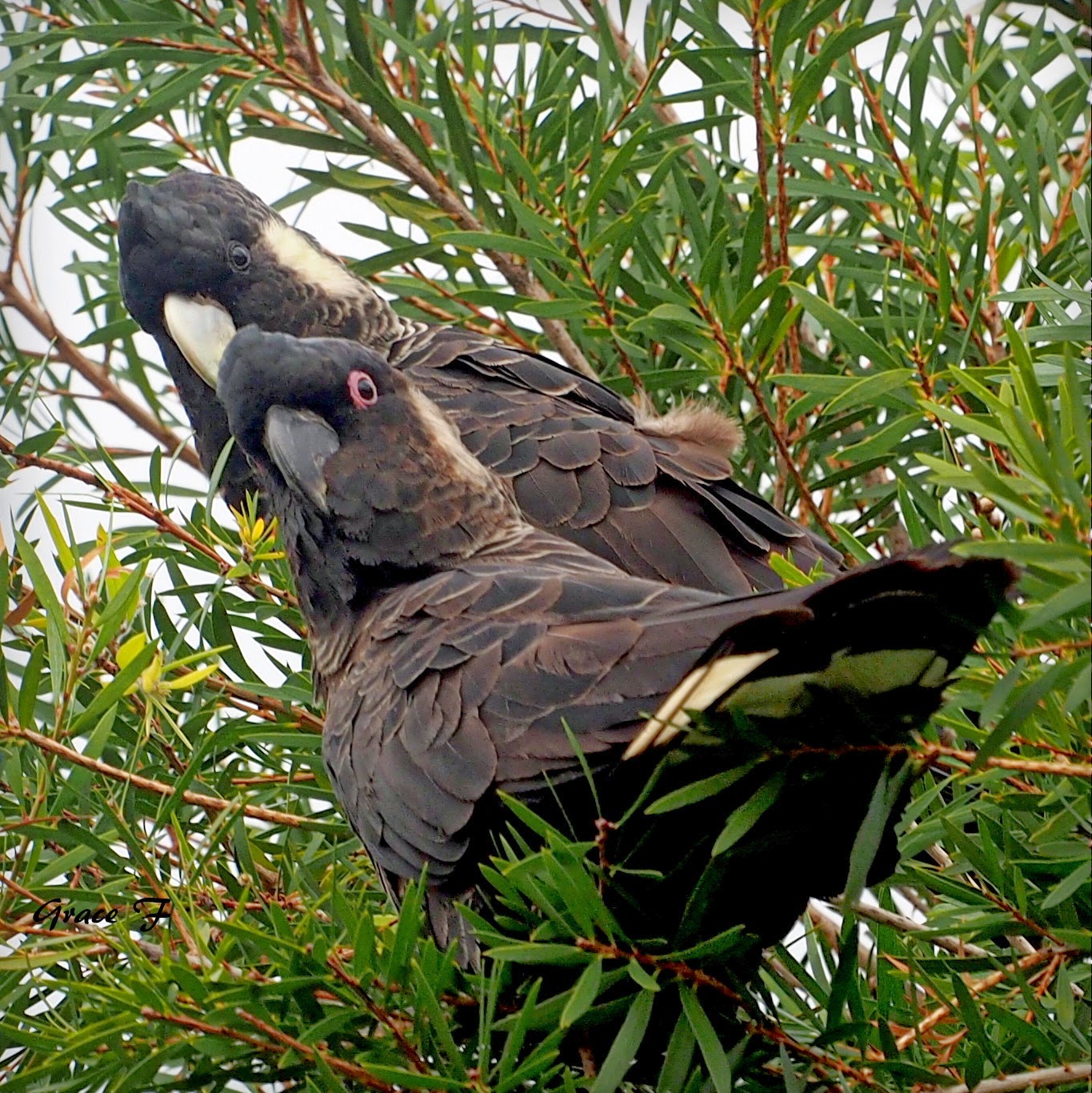 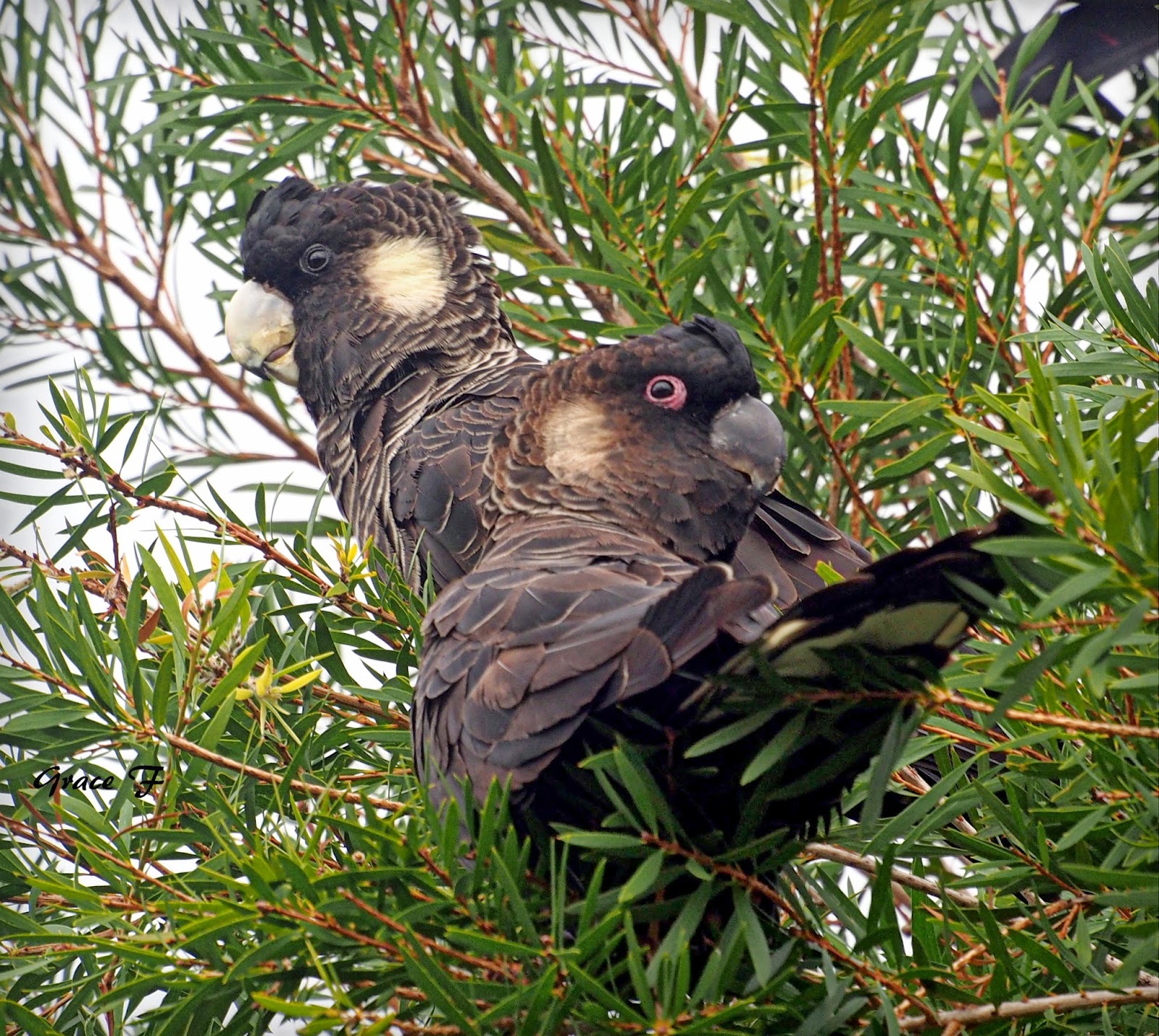 Aren't they a lovely couple! Isn't it uncanny how often when talking about something or someone they seem to materialize in some way soon after. The mural I posted on Tuesday came to life in my front garden a few days later. As they travel around in groups I heard the distinctive cry of the Carnaby's Black Cockatoo even before they landed. I was pretty chuffed, this is the first time I've been able to catch them so clearly.. you can see the female with her bone coloured beak and grey eyeliner and the male with his dark grey beak and pink eye ring, isn't that the way with birds, the males are usually the more colourful! 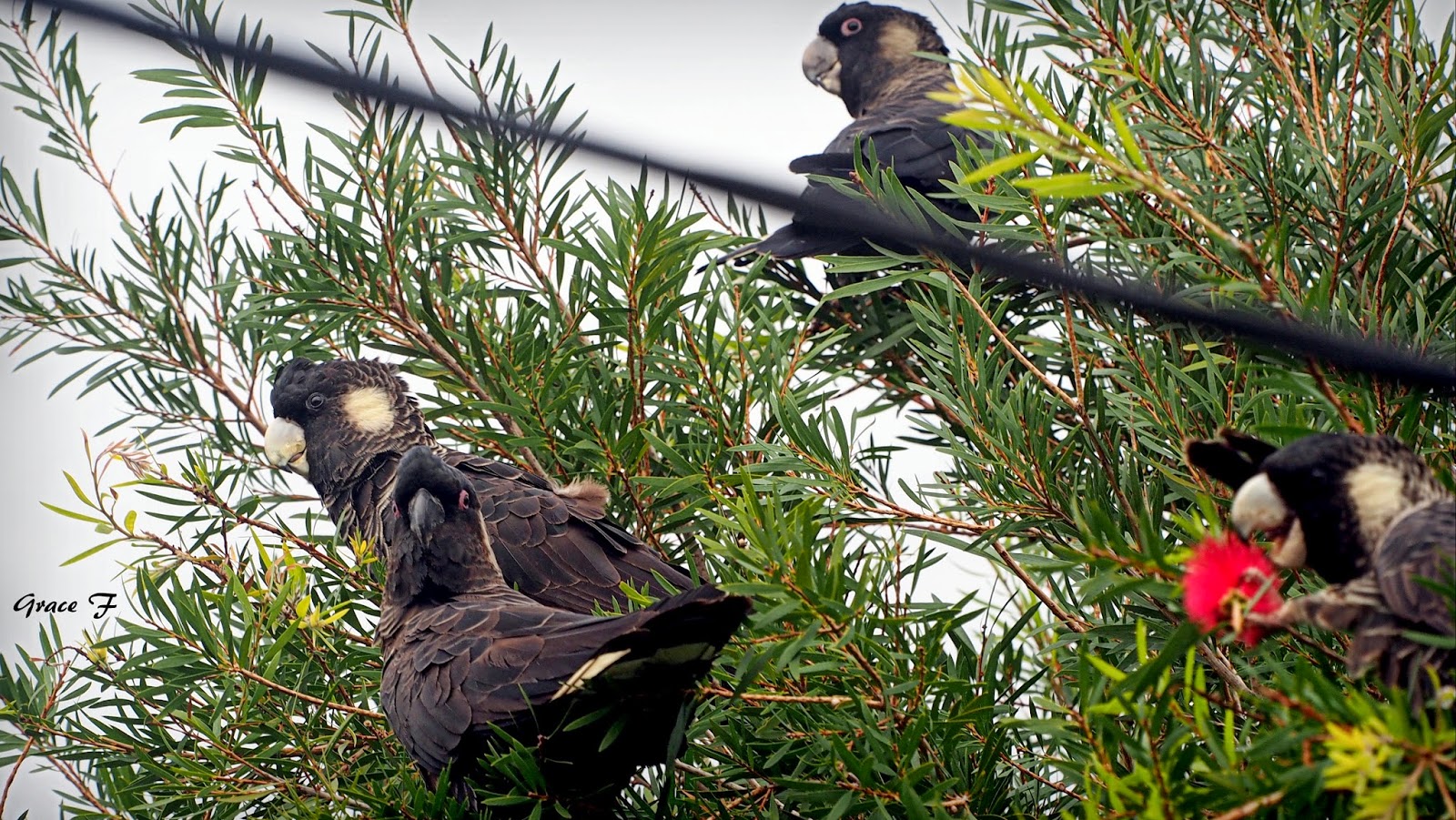 ...and this is what attracts them, the flowers and seed from my bottle brush tree..unfortunately not in full flower right now so the pickings were slim.. The Carnaby's cockatoo is on the endangered list as "fauna that is rare or is likely to become extinct".. it makes me sad and angry that we as  'supposedly' intelligent beings are responsible for such a thing, so I will do my best to capture as many images of them while I can. Happy Tuesday, take care... 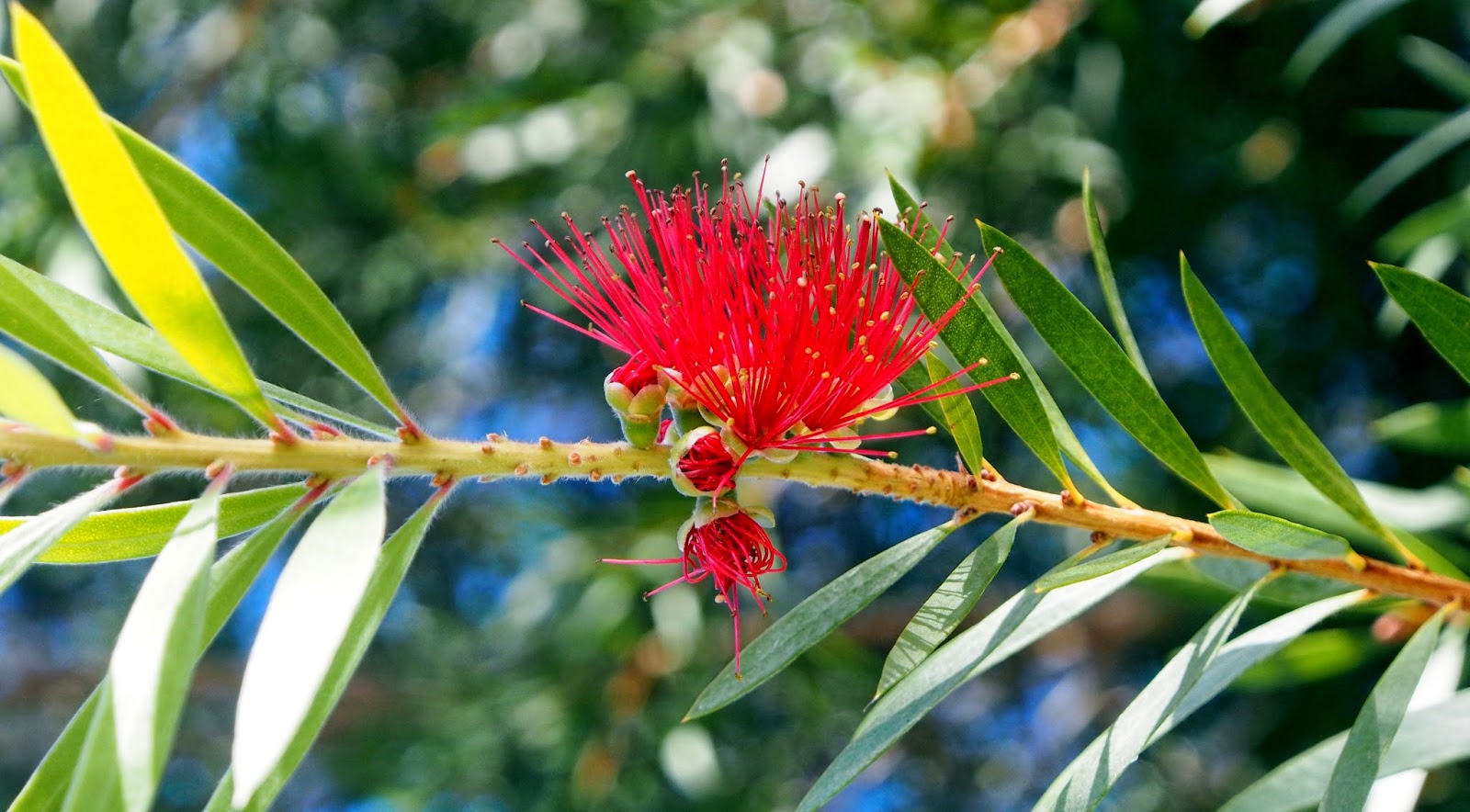