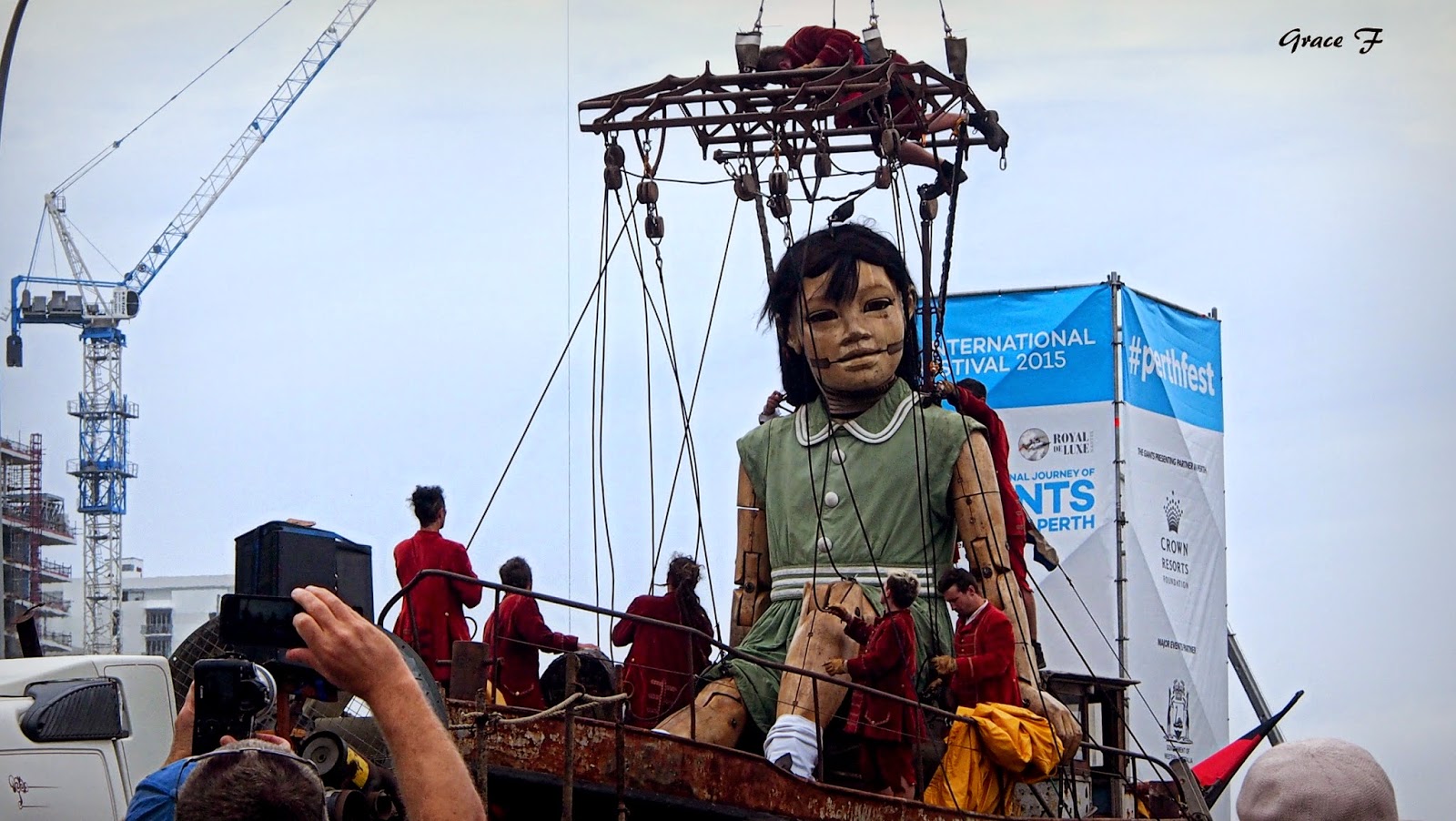 Perth is privileged this weekend to witness an event of epic proportions! It's the first time the internationally known marionettes The Giants have been seen in Australia. A production of Royal De Luxe, the Giants are here to commemorate the Centenary of Anzac and to open the Perth International Arts Festival. Little Girl Giant (6m) and Diver Giant (11m) will roam the streets of the city searching for each other, thrilling an estimated 400,000 locals and visitors with many surprises along the way.. Friday began with Little Girl Giant waking up, taking a shower before heading off in her boat in search of the Diver... 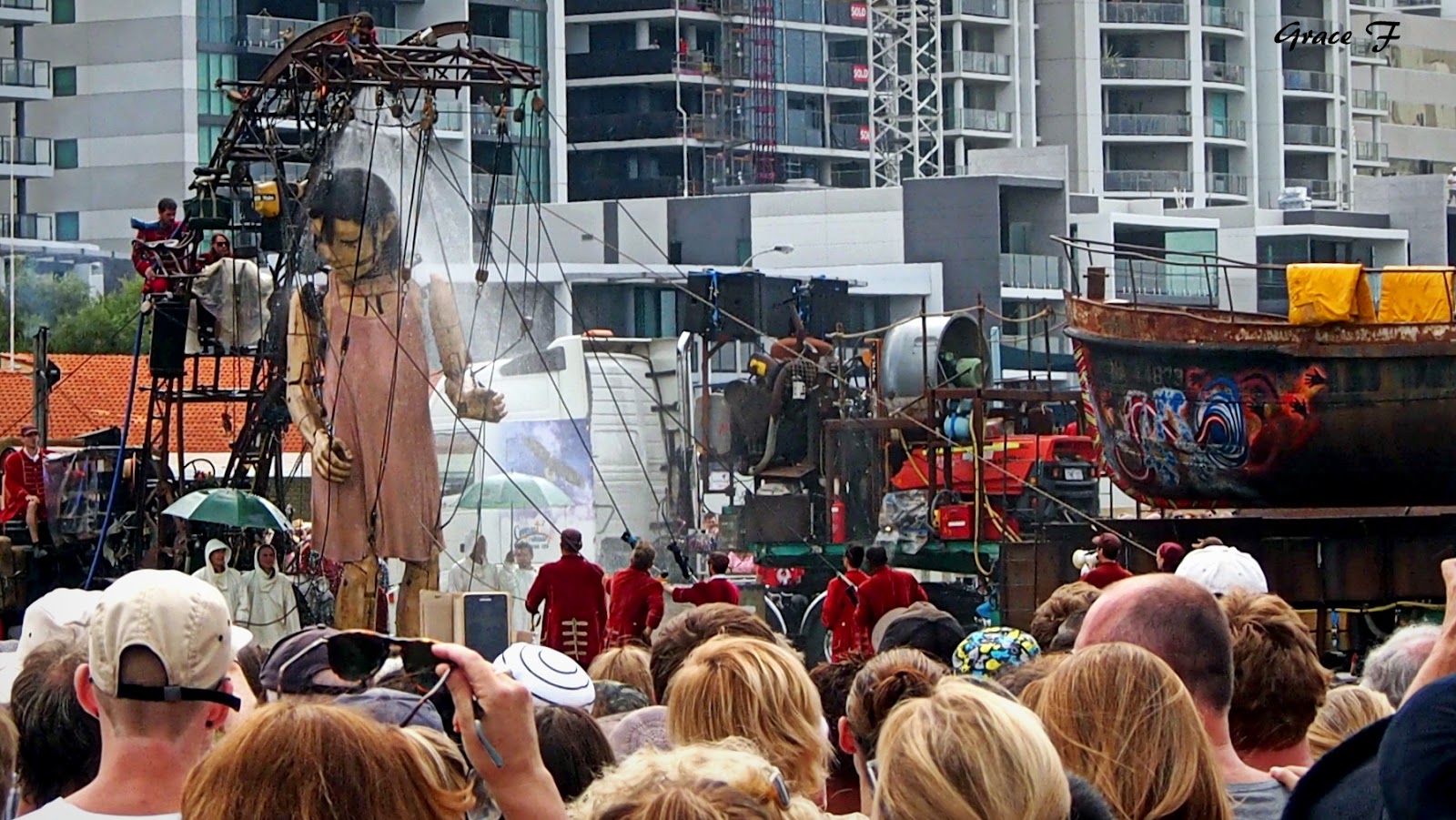 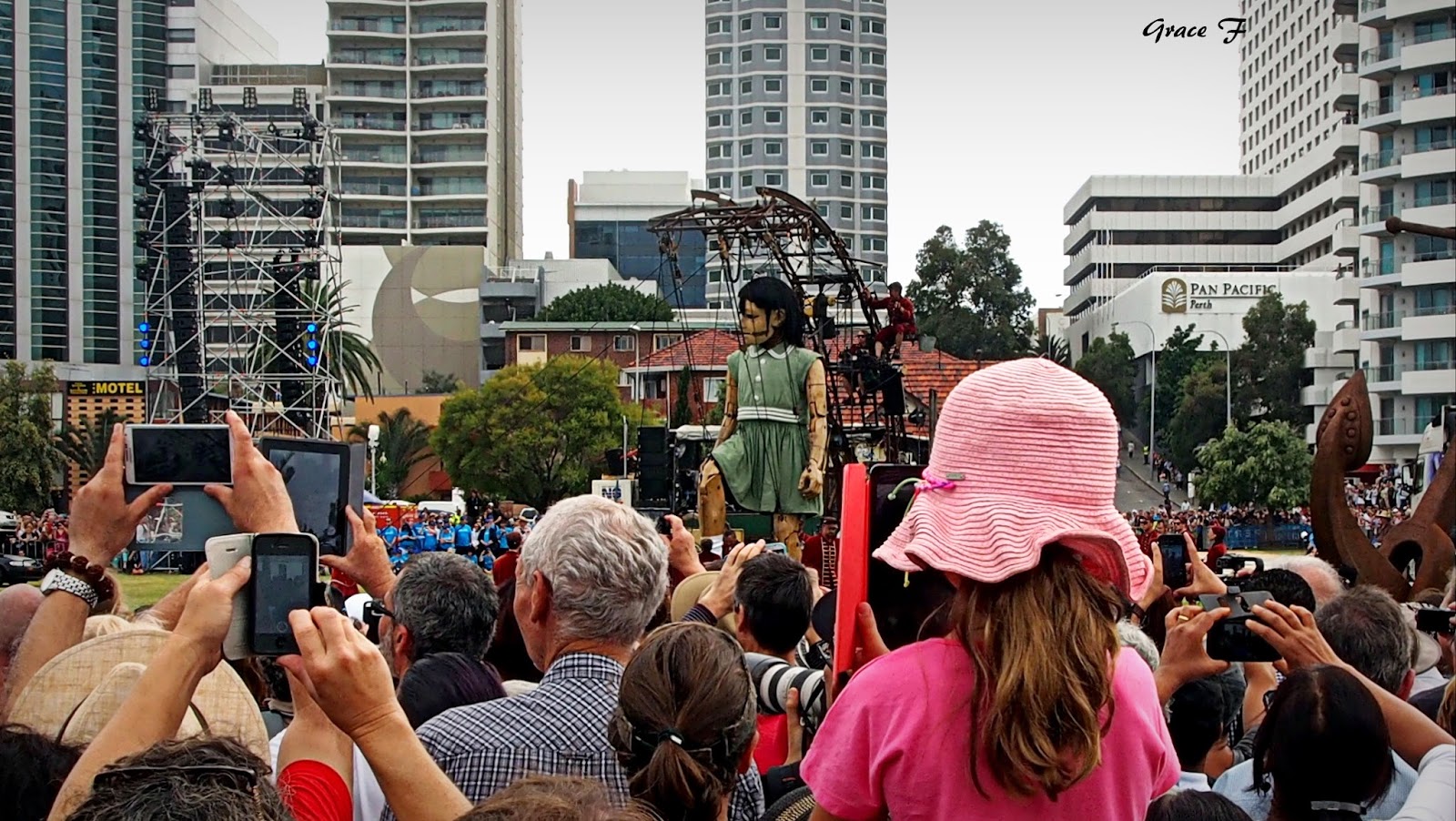 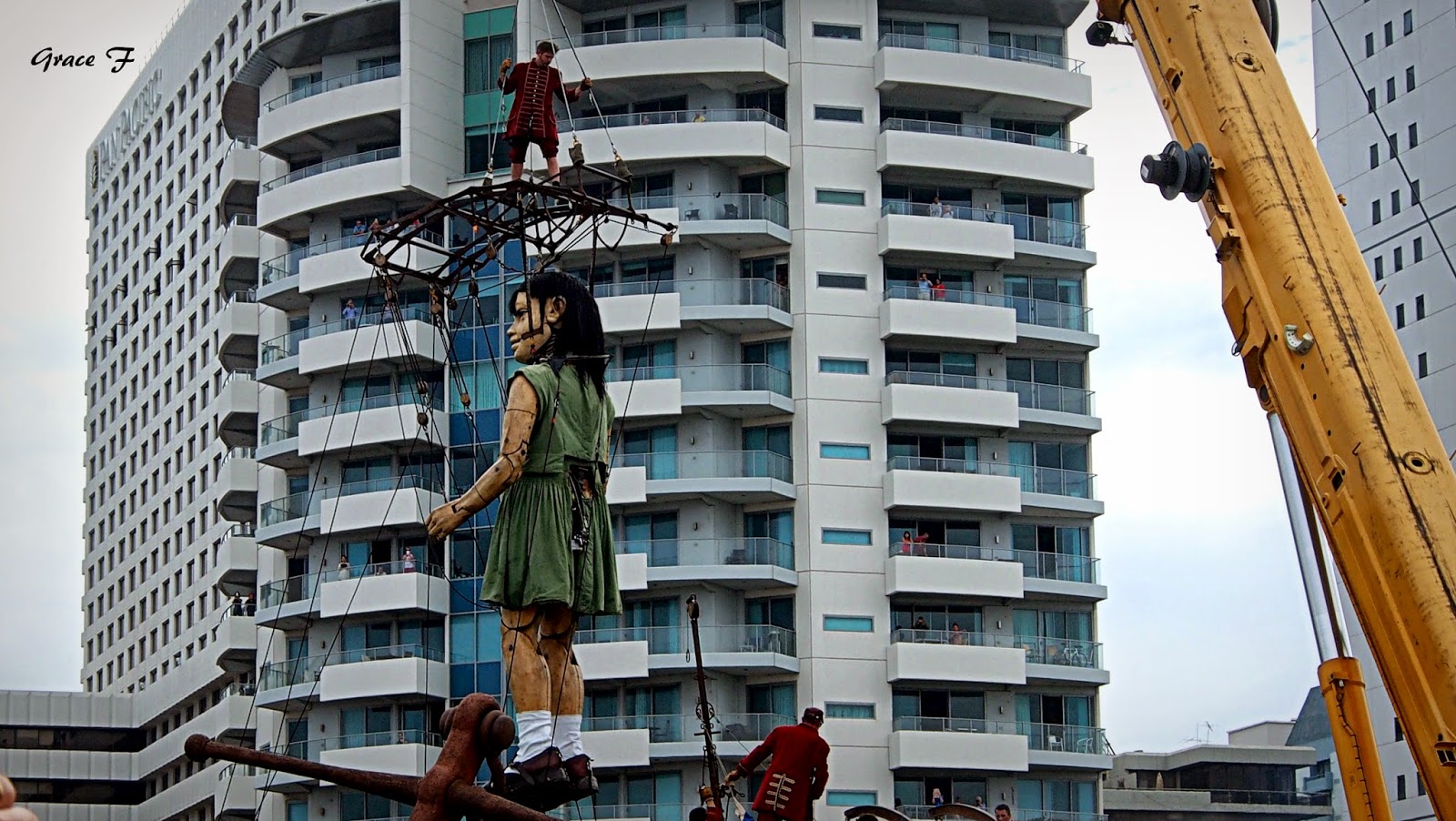 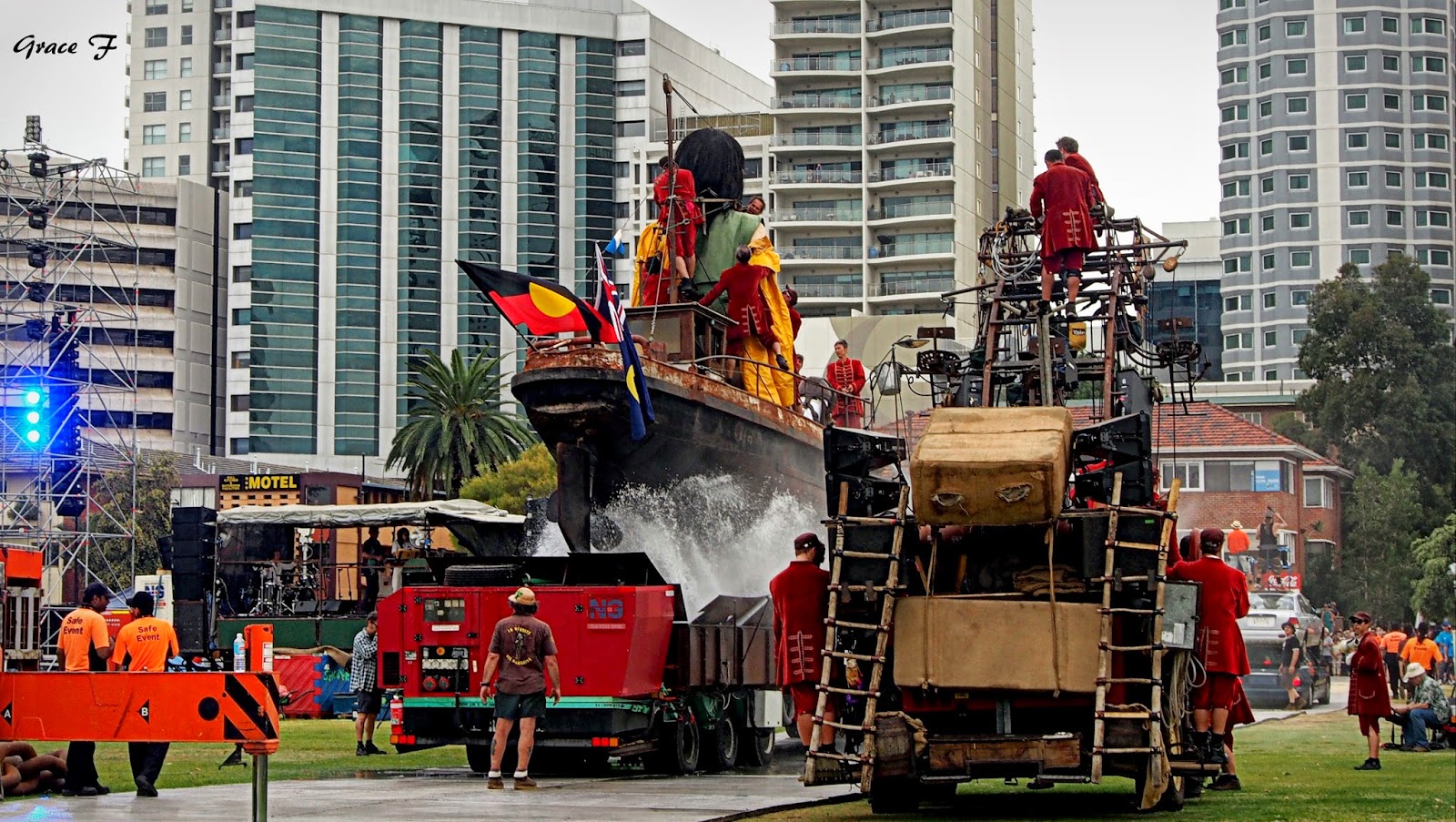 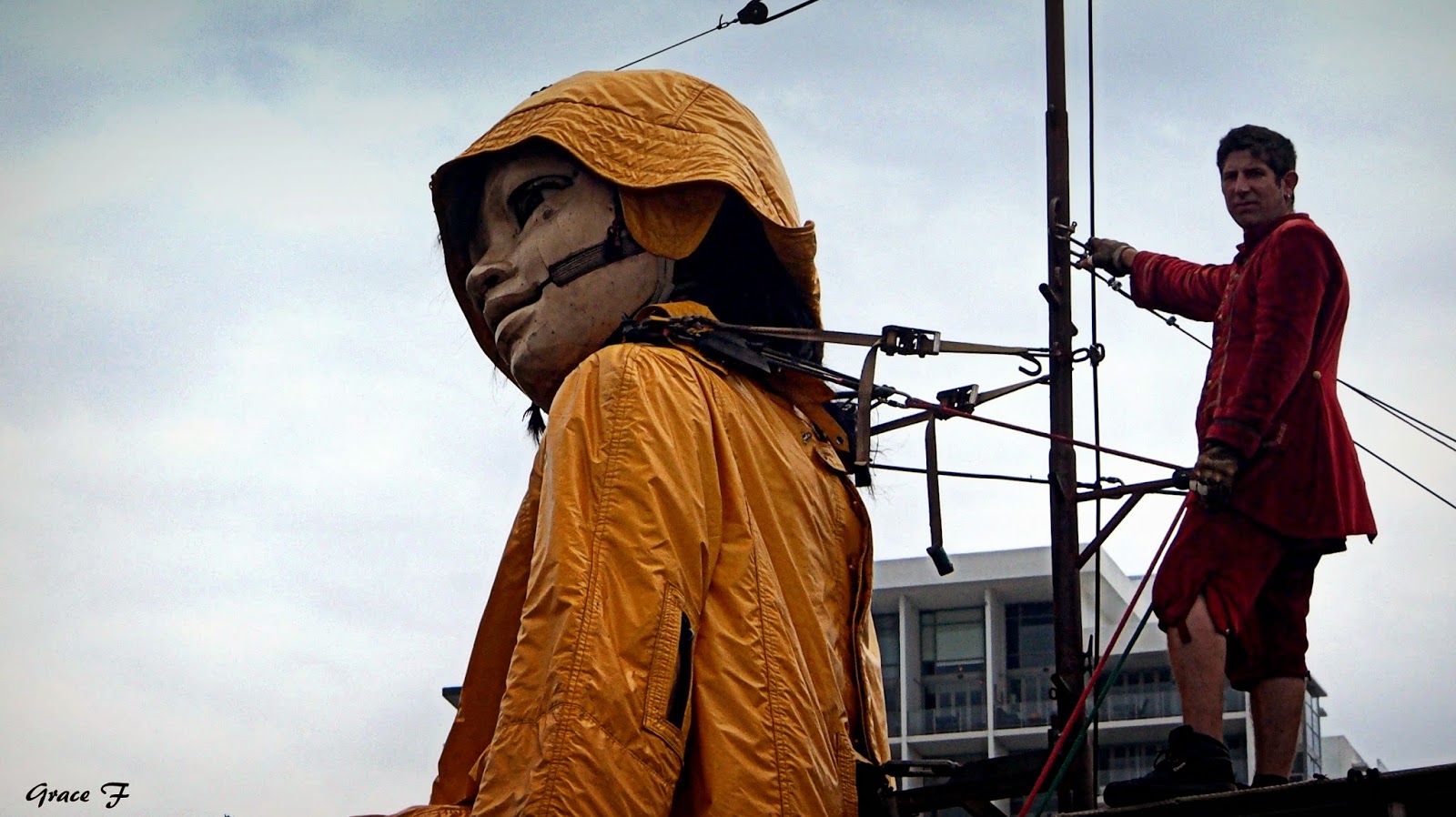 That's an awful lot of people watching as the Little Girl Giant sets off in her ship to begin her travels along Riverside Drive and into the city.. 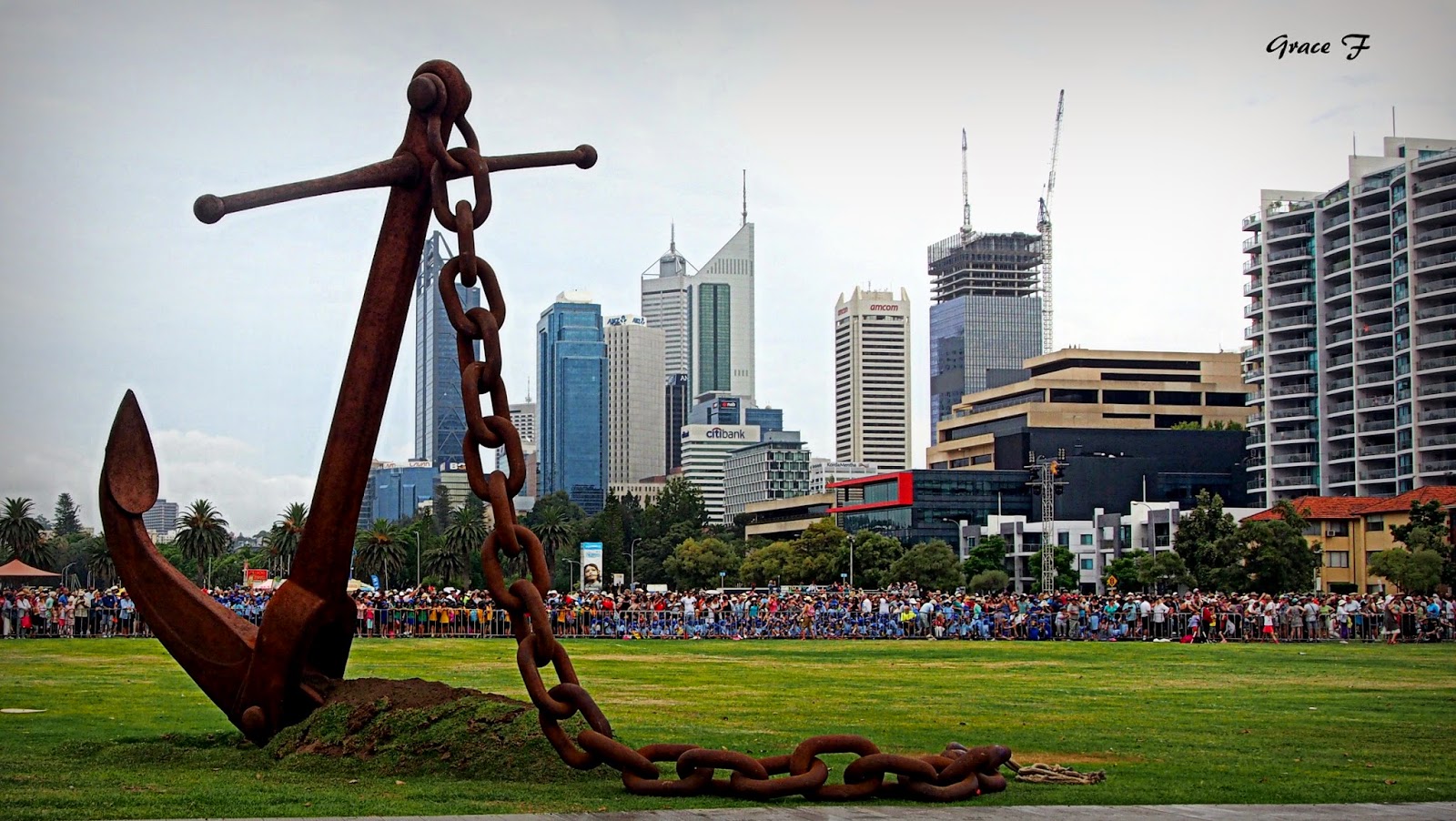 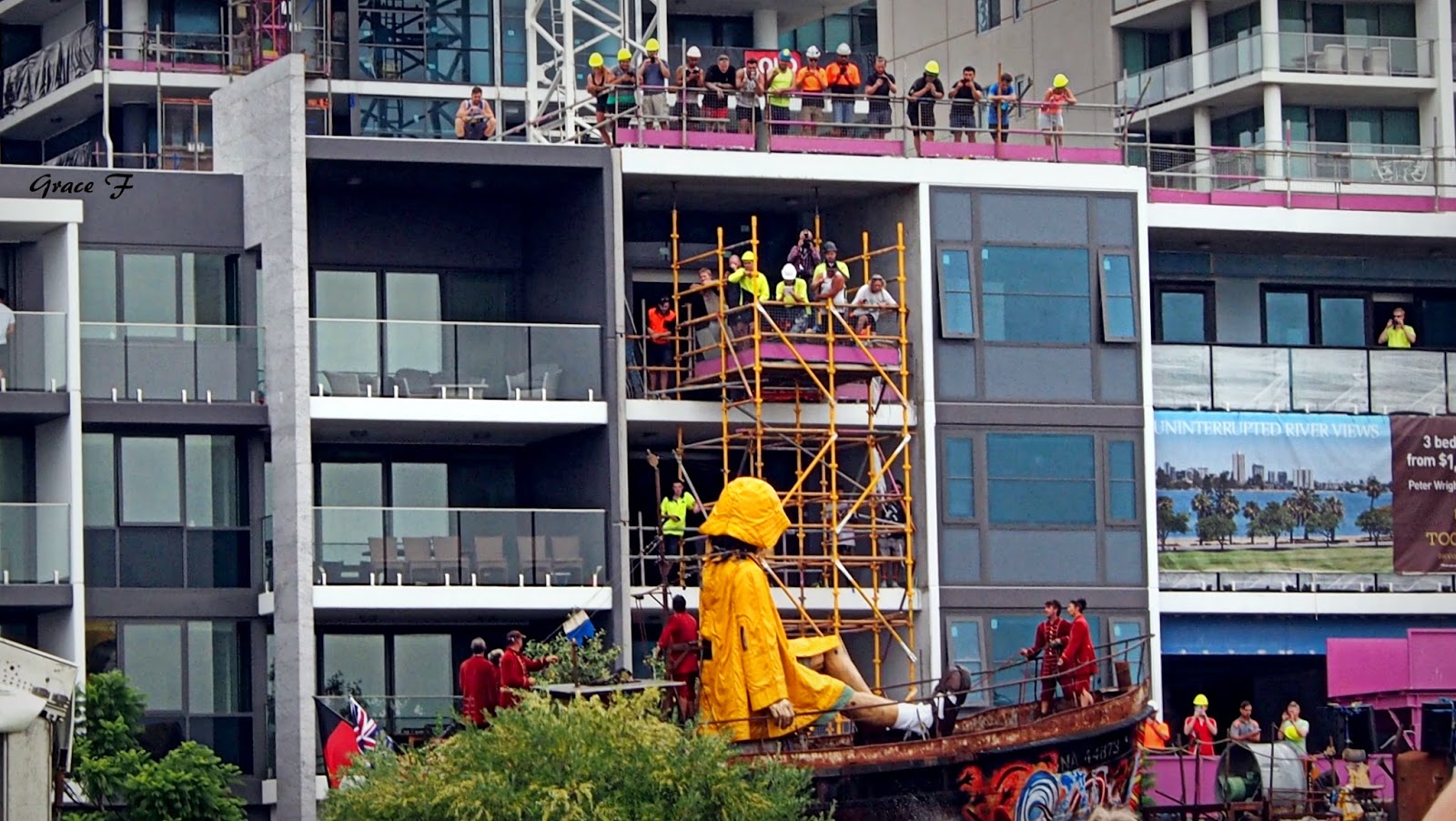 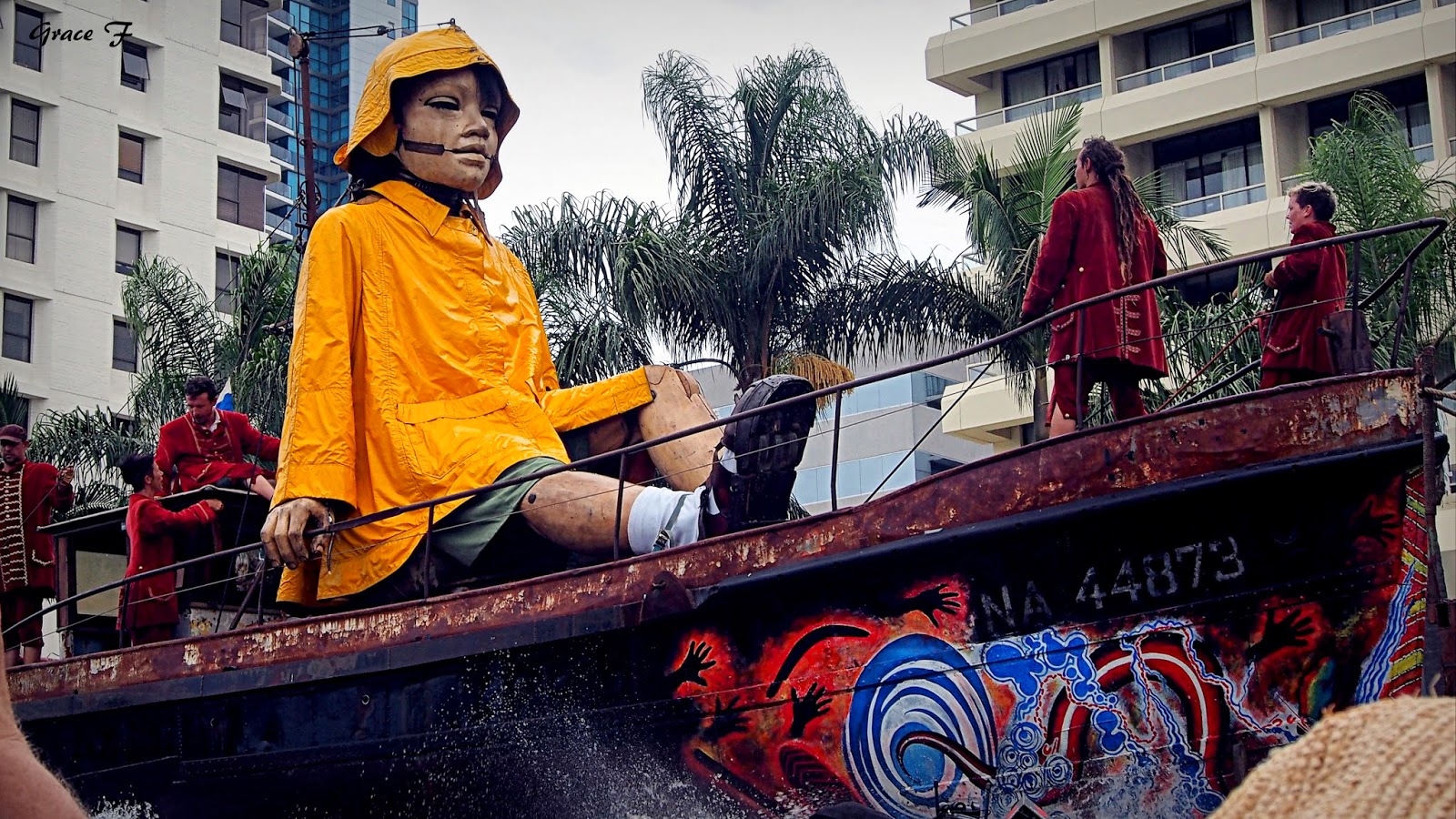 Just a small part of  the 70 strong team Royal De Luxe and the hundreds of Perth volunteers necessary to move the Giants around the city.. 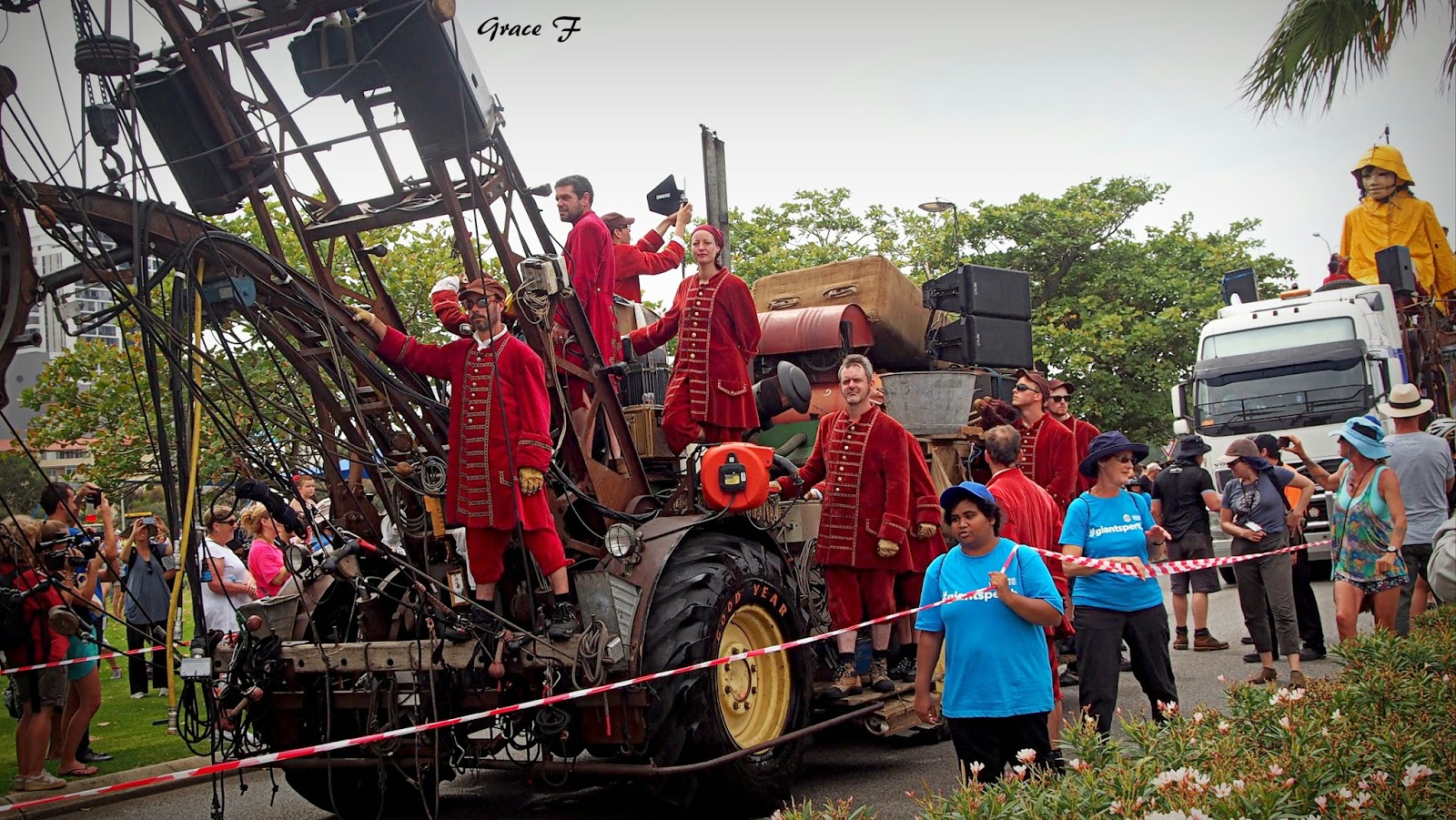 I'll admit I was a little distracted by the gorgeous Frenchman with the long locks below : :) 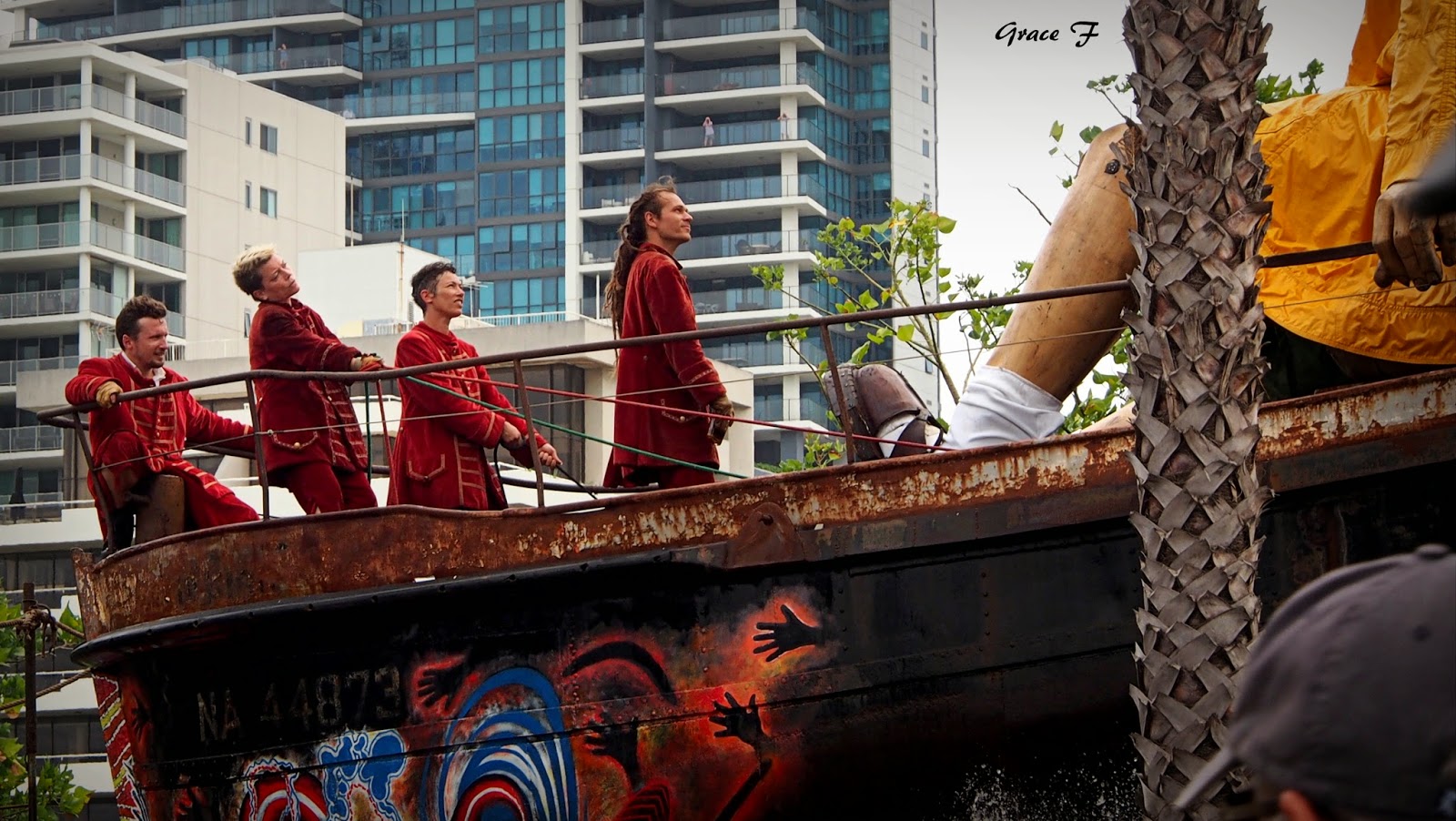 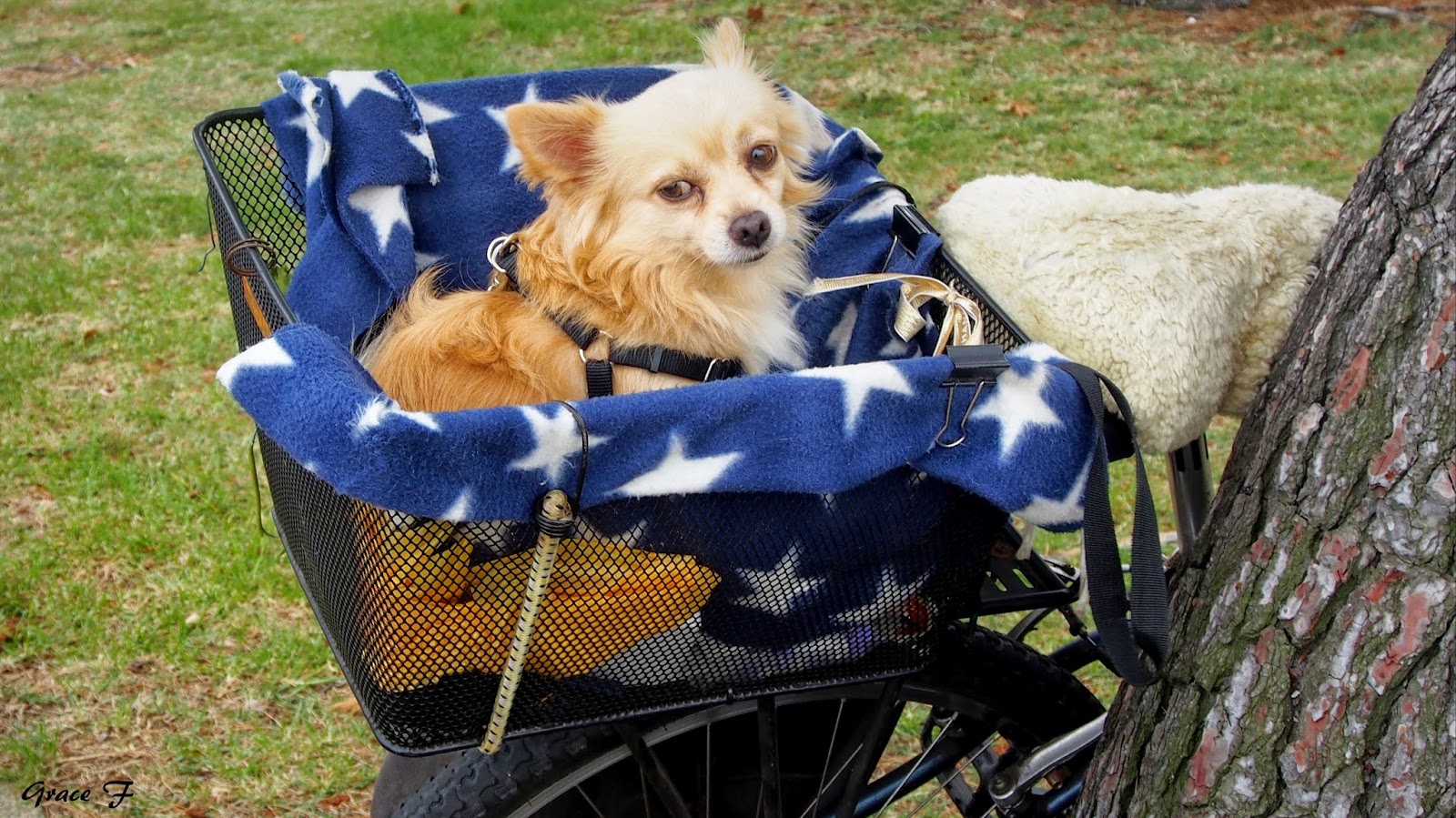 Best way to avoid the thousands of landlubber spectators! 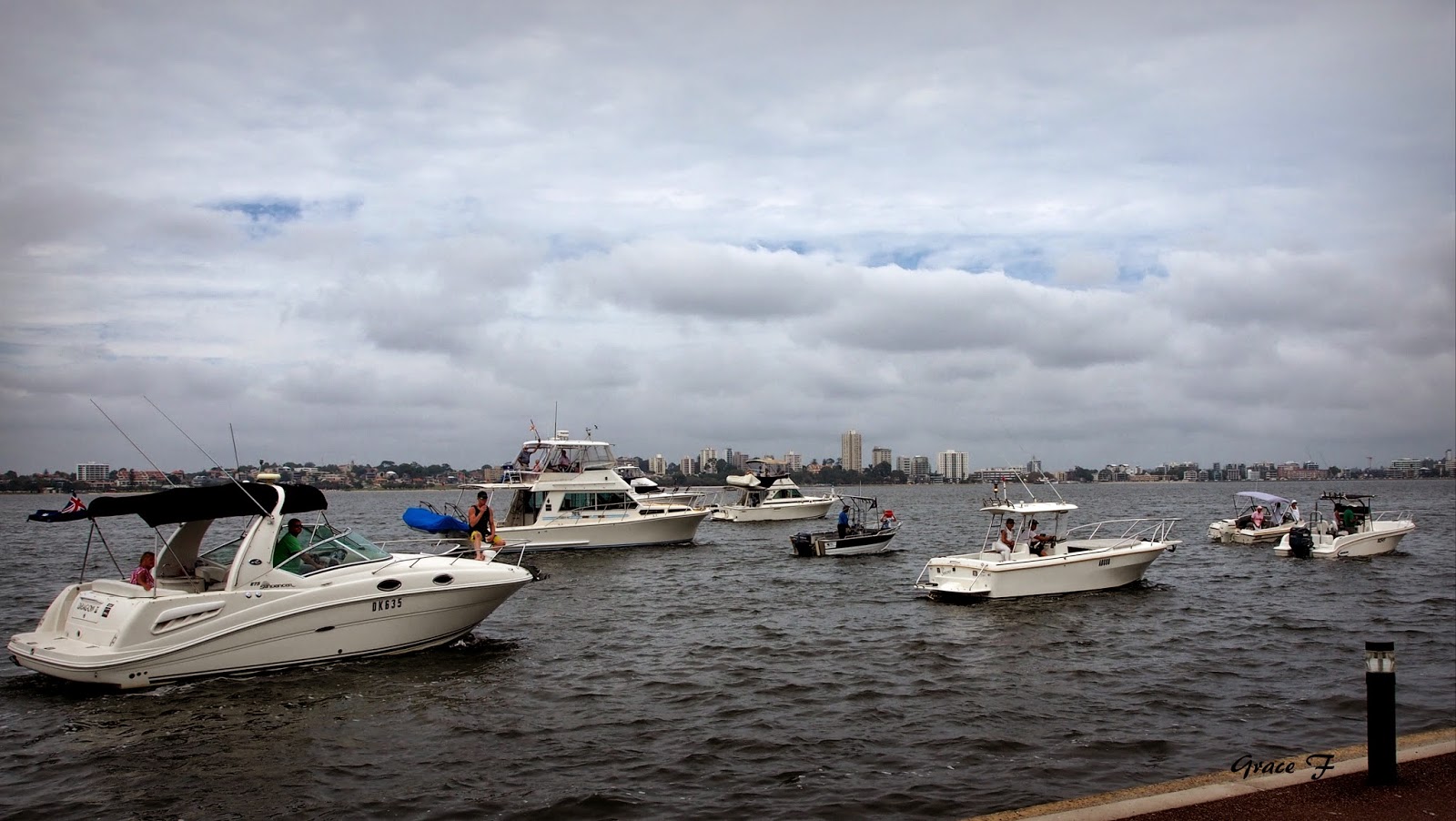 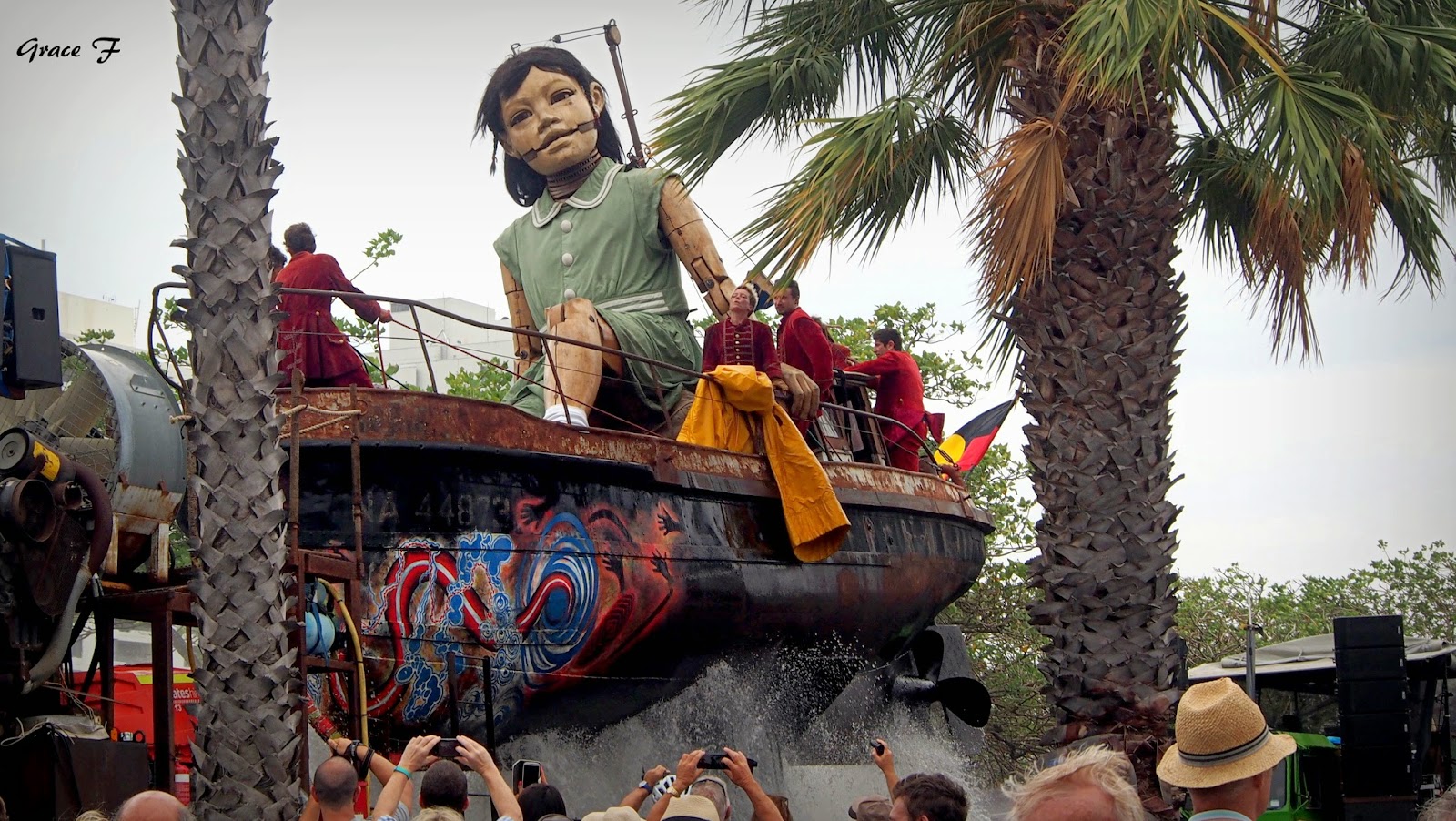 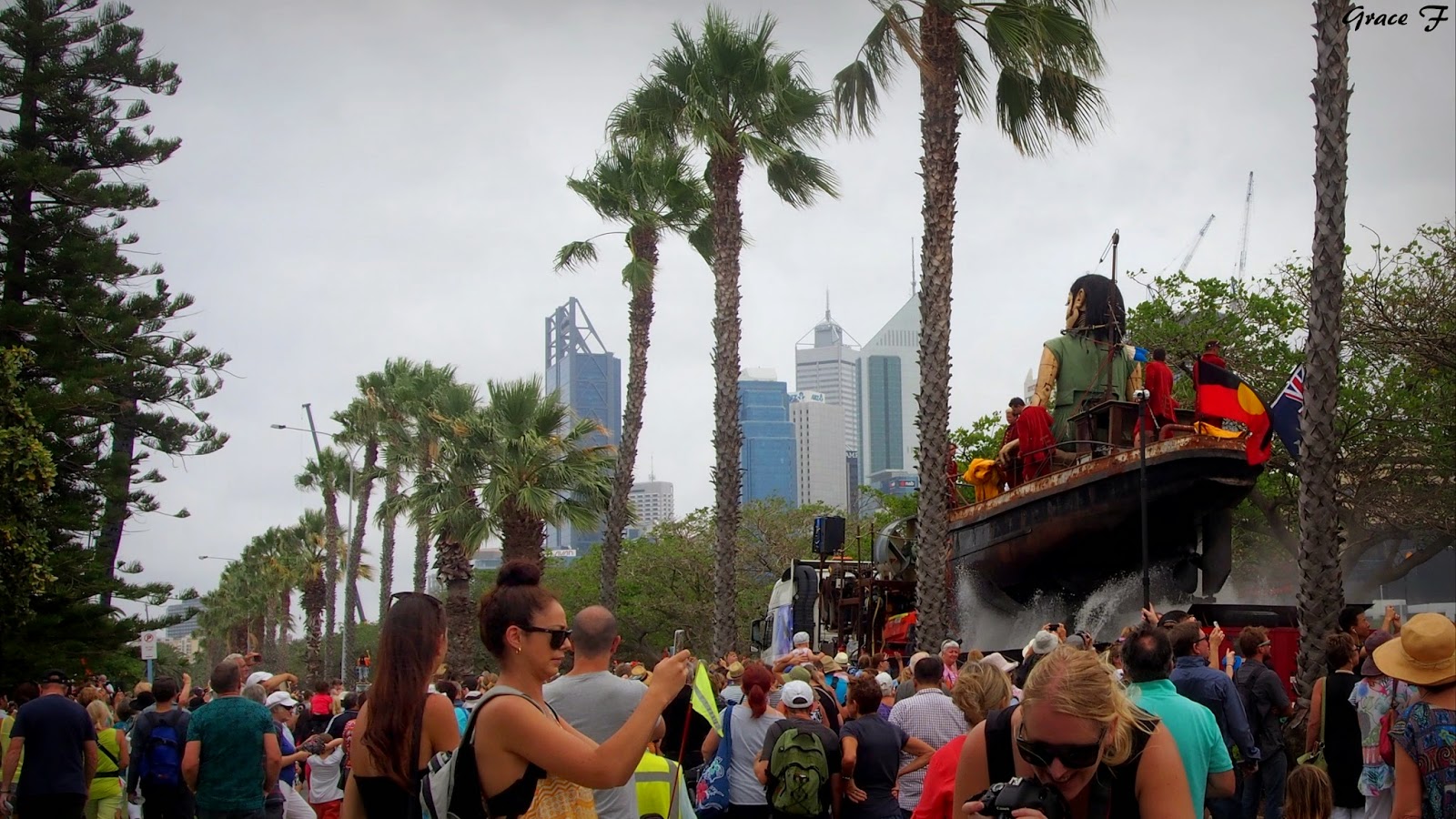 Little Girl Giant alights from her boat and walks into the city in search of the Diver.. 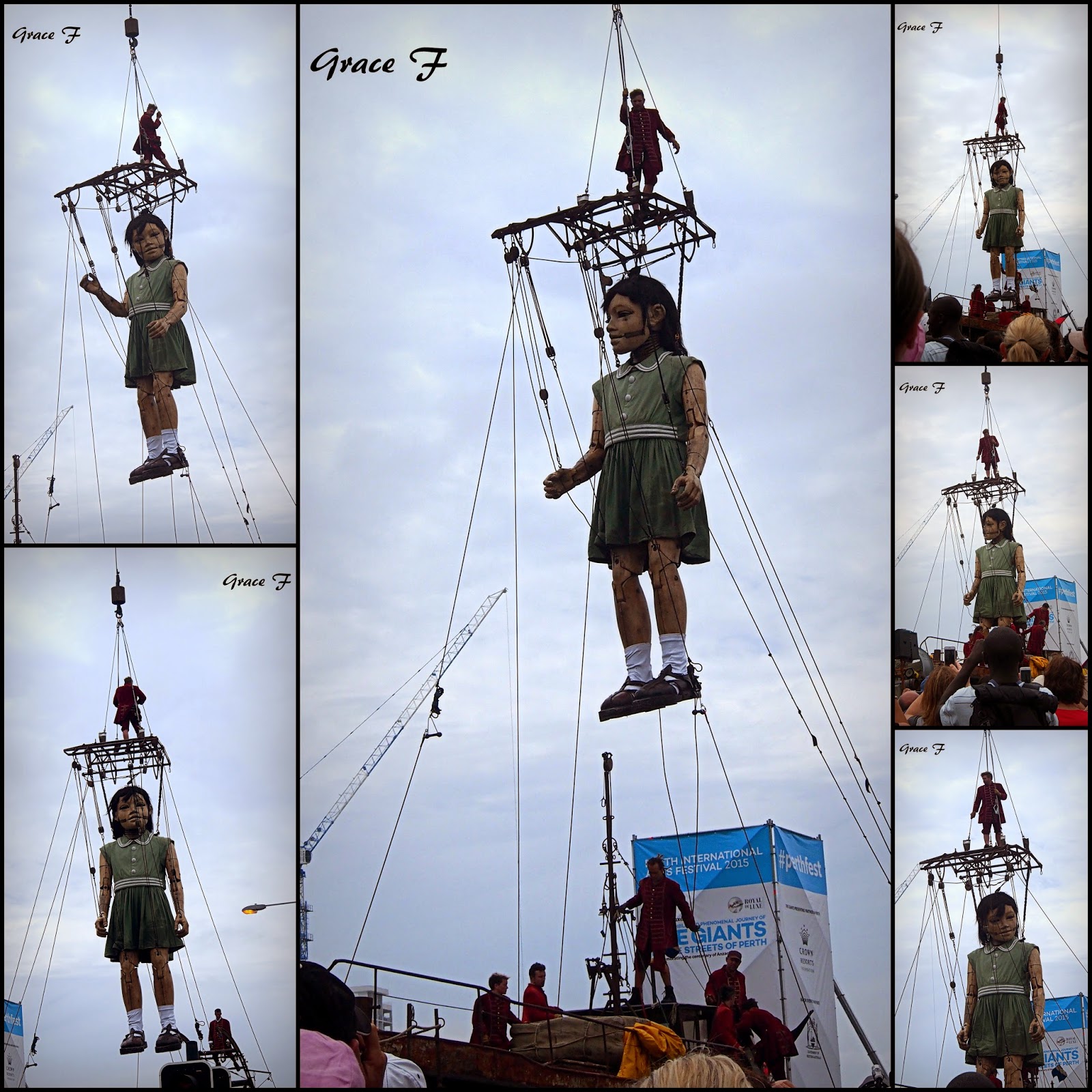 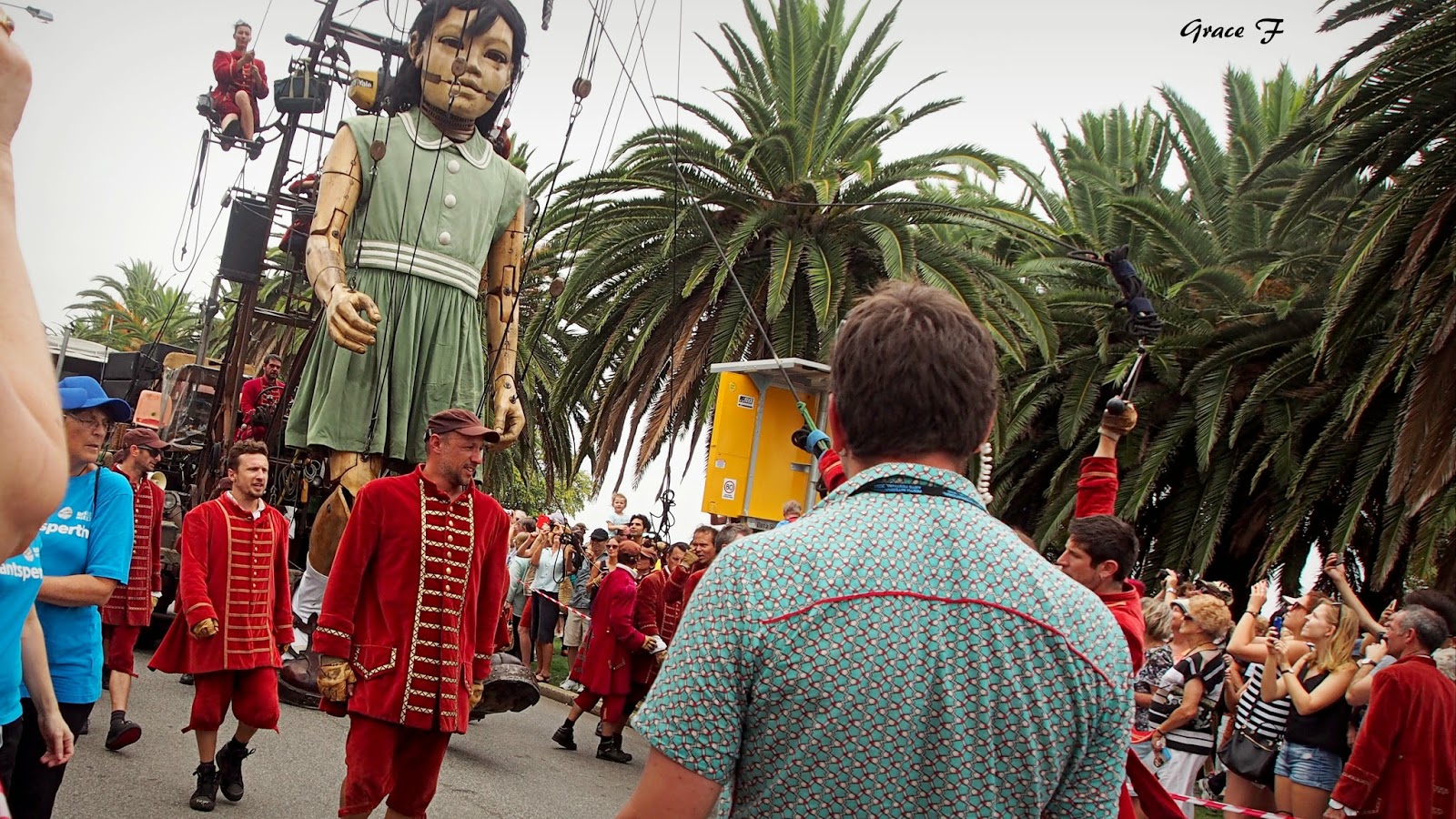 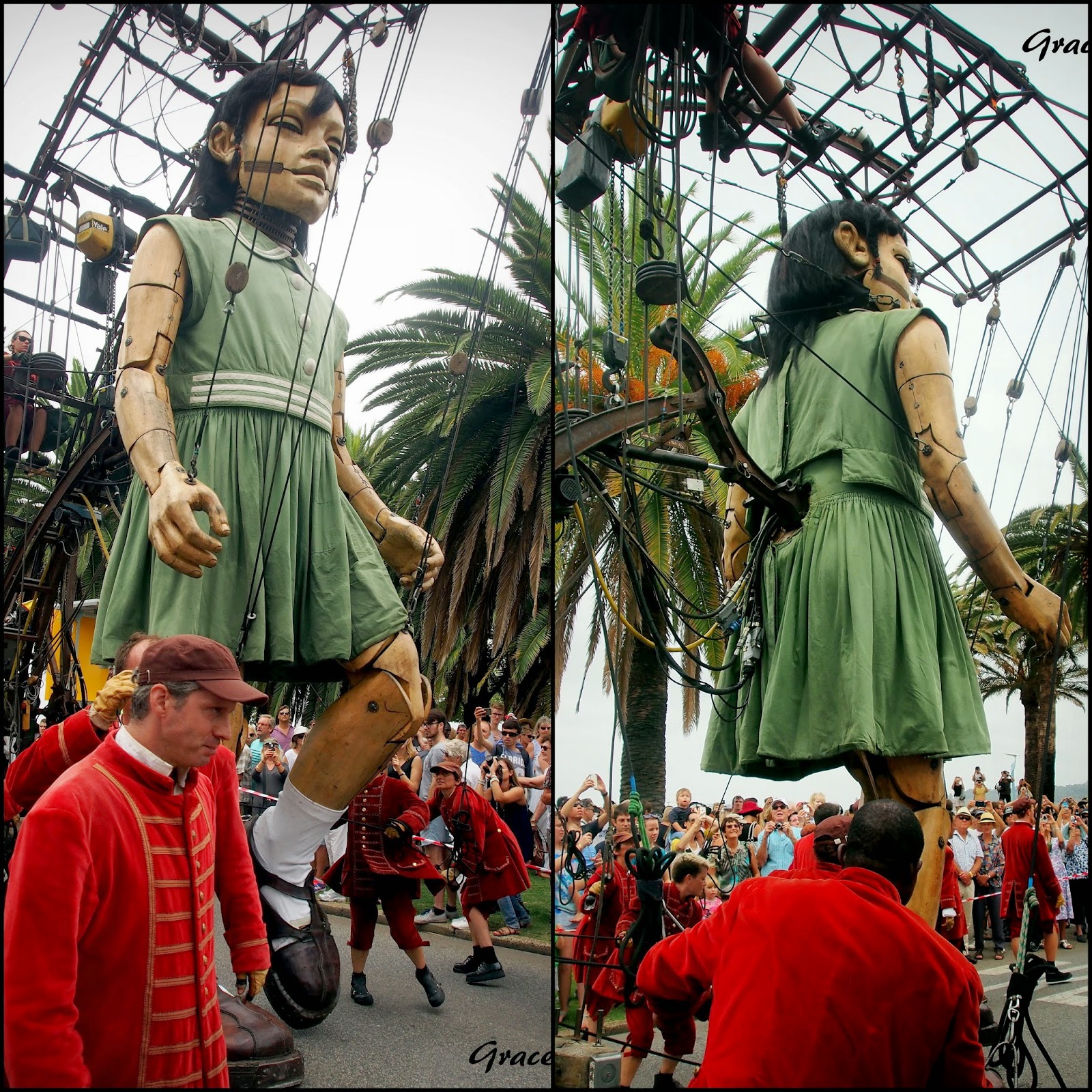 .. and below this is where we, by that I mean me, not the thousands who followed her for the rest of the day, bid her adieu as she comes around the corner past the Bell Tower onto Barrack St to begin her search. There were those who doubted that the Giants would attract the crowds estimated, as you can see they were wrong :) and yes the public transport has been pushed to the max to cope, but hey, how often do we get to experience an artistic phenomenon at such close quarters! I unfortunately missed yesterdays events which looked incredible but will be out early this morning to catch the finale. Happy Sunday, take care and stay safe.. p.s. I will find a video link after the event so you can see how amazing it was. 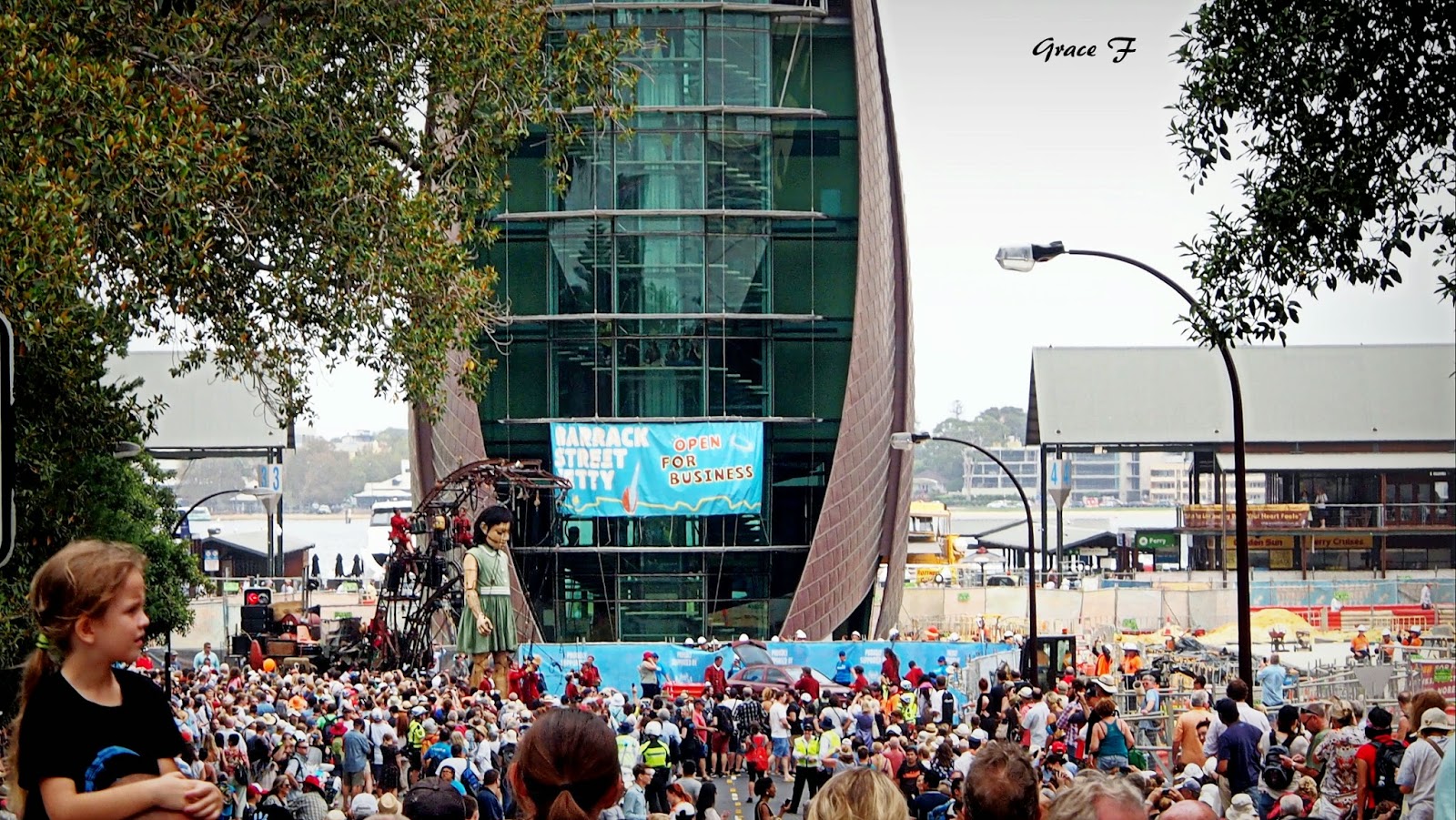 Posted by PerthDailyPhoto at 12:03 AM