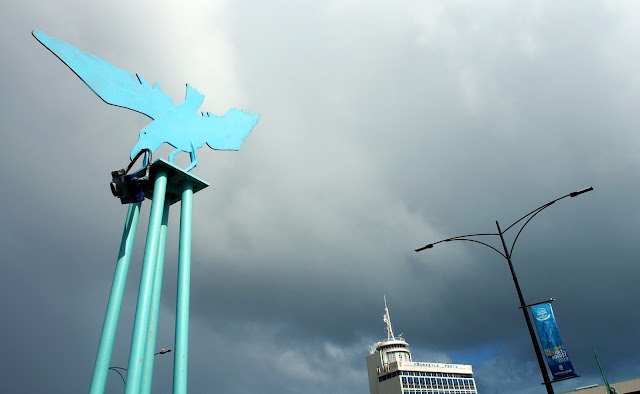 As is often the way here in Perth the weather was all over the place on Saturday when we went to Fremantle Port to see the tall ships. On the way it rained so hard we were worried that with only one umbrella between three (what happened to always being prepared) how it was going to be possible to even see the ships never mind take photos..and then as if by divine intervention :) the clouds parted and the sun shone just long enough to have a gander and take some shots. The sculpture above 'not as cheap as chips - a gull steals a tourist's camera' is one of a set of eight by Judith Forrest called Venus and Friends and shows once again how dramatically contrasting the sky can be depending on which direction you're looking. That's the Fremantle Port Authority building centre, I was almost tempted to use this shot for the 'lamppost' theme for August but I guess it's a wee bit of a stretch..the search goes on :)) Hope your week has started well, take care.... 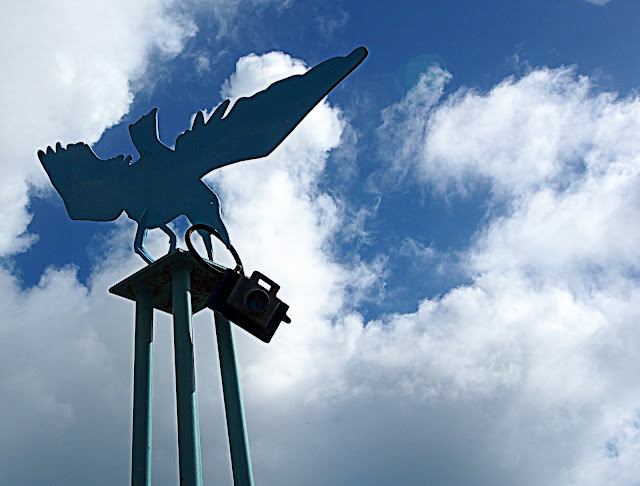